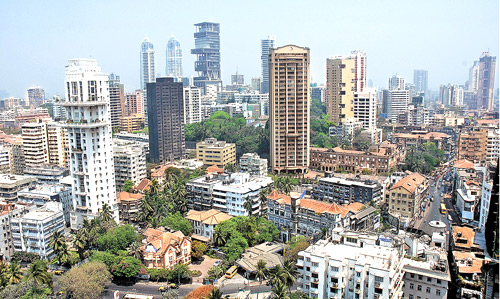 On being told that volumes are low not because of over-regulation but consumer resistance to high prices, Jain says there is hardly any inventory of under-construction homes in Mumbai. "Mumbai was ahead of the National Capital Region (NCR) in sales a few years ago; today Mumbai's volume is half that of NCR."

Data, however, shows that high prices are a deterrent to sales. According to property tracking agency Liases Foras, the average cost of residential apartments in Mumbai is Rs 10,000 per sq. ft, compared to Rs 3,234 in the NCR, Rs 3,806 in Chennai and Rs 3,935 in Pune. In the January-March 2012 quarter, Mumbai's residential sales bucked the trend and improved 20 per cent over the previous quarter, mainly on the back of 150 new projects launched last year. Liases Foras's managing director Pankaj Kapoor says that with prices going up 17 per cent, it will take 40 months to clear the inventory.

The MCHI has signed an MoU with the state government to build 500,000 units of affordable homes. Jain says most of the projects for affordable homes are pending for want of clearances.

What has triggered this latest protest by builders? Market insiders point to a spat the representatives of developers recently had with Mumbai's municipal commissioner Subodh Kumar. The latter reportedly refused to tone down his strict regime for building proposals. With Kumar slated to retire by end-April, the construction lobby is hoping that things will ease up.