A Glimmer Of Hope 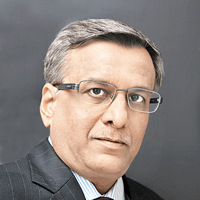 08 November, 2014
Print this article Font size -16+
The much-awaited report of the Shome Committee on indirect transfers was released this week for public comments. While the provisions of its earlier report on General Anti Avoidance Rules (GAAR) are still pending consideration of the finance minister (FM), the content of the second report should comfort foreign investors.
In Vodafone’s case, the Supreme Court had, in January 2012, held that the indirect transfer of assets in India through transfer of shares of foreign companies does not attract taxability in India. Subsequently, a retrospective amendment was made to neutralise the impact of this decision and to deem such transfers taxable in India.
The committee’s recommendations can be looked at in three broad baskets: one relating to Vodafone type of situations where a strategic acquisition is made overseas; two, issues related to small shareholders where transfers take place abroad, but there is no change of control or ownership of management; and three, a series of recommendations more linked to the second basket but specific to investors in FIIs, private equity funds, etc.
Retrospectivity: The recommendations are broadly that retrospective amendment is unjustifiable, and should be reversed. Even assuming that it stands, it should not apply vis-a-vis requiring a non-resident to withhold tax because it is not possible for a non-resident to go back in time, when a subsequent retrospective amendment would otherwise have deemed him to be in fault. If at all, the tax should be only on the seller.
And, in any case, there should be no interest or penalty.
The committee has clearly said that retrospective amendments should be resorted to only in rare circumstances, such as apparent errors or highly abusive tax planning schemes.
Small shareholders or listed companies: While it may not be intended, the language of the current provision ropes in transfers of even small holdings at a foreign company (FCO) level if the FCO holds substantial stake in an Indian company (ICO). The committee has recommended a threshold of 26 per cent up to which the indirect tax transfer provision would not apply. It has also recommended that foreign companies listed on a recognised stock exchange abroad should be exempted if their shares are frequently traded. It has recognised that such a publicly traded company cannot be treated at par with a shell entity.
FII (P-note) and private equity investors: The committee has dealt with the issue of transfer of interest at the level above the FII or the sub-account, and has clearly stated that a transfer of indirect interest, whether through participatory notes (P-notes) or otherwise, should not trigger a tax liability in India. This should give comfort to FIIs, particularly, P-note investors.
Private equity investors’ concerns appear to be broadly addressed through a series of recommendations, including the 26 per cent threshold and no taxation for shares in overseas listed entities.
The value threshold: The Finance Act 2012 provides that a transfer of shares at the FCO level would trigger taxation in India if the said shares derive value substantially from Indian assets.

There have been apprehensions as to the meaning of “substantial”. The Direct Tax Code had provided a 50 per cent value threshold from Indian assets, but the Finance Act used the term “substantial”. The Shome Committee now recommends the resurrection of the 50 per cent threshold. This should also include intangible assets that could be of particular relevance in the knowledge and service industry.
Even the 50 per cent threshold could be questioned because the value of assets may not really be relevant, and very often the value capture may be really at FCO level rather than ICO level. The committee clearly needed to come up with some threshold, and 50 per cent does seem reasonable.
The two reports should give much comfort to international investors. A tax regime that is not internationally aligned, retrospective amendments and ongoing uncertainty deter international investors, especially when several emerging economies are competing for global funds. MNCs are anyway concerned about risks associated with emerging economies and will invest only if there is a clear tax regime.
The committee has done an excellent job and it is now up to the FM to implement. One does hope that these recommendations will be acted upon quickly; it is heartening that the FM mentioned before the release of the second report that he was keen to act on the recommendations without waiting for the budget session of Parliament.
The author is joint tax leader, PwC India