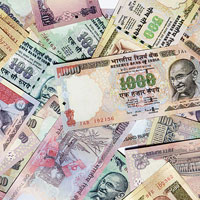 HP Gets A New Face
The world's largest personal computer maker is trying to be the fastest, too. Not in launching new products, but in changing its CEO. It has just fired Leo Apotheker and installed Meg Whitman in his place. Whitman, former head of eBay, is HP's third CEO in two years. HP chairman Ray Lane justified Apotheker's removal: "You don't deliver a quarter, you don't deliver another quarter, then you make some important announcements that are communicated poorly." Now, the obvious question is: how long will Whitman last?

Deadly Deadline
It is good to have second thoughts. But not always. US-based Qualcomm Inc. learnt it the hard way. Its application to start broadband wireless operations in India has been rejected by the Department of Telecommunications (DoT), which said the US firm missed the three-month deadline to apply. In June 2010, Qualcomm had won four bandwidth slots — in Delhi, Mumbai, Kerala and Haryana. It also spent about $1 billion for licence fee. So why did it fail to apply? Qualcomm had indeed applied in August. But it filed a revised application in December, and missed the deadline. The matter is pending the law ministry's opinion. If it agrees with the DoT, then Qualcomm could lose its licence fee. Perhaps, second thoughts should come first.

What's Smoking?
Smoking is bad for your health. That is something we all know. What we did not know was that if you kick the habit, it will improve your memory. A study by Northumbria University in England has found that people who have quit smoking two years ago remember things 25 per cent better than those who still light up.

Breaking The Glass
Competition in the camera market has just got intense with Tokyo-based Nikon launching two mirrorless interchangeable-lens digital cameras. "A new market is developing among people who feel a compact camera is not quite good enough," said Yasuyuki Okamoto, head of Nikon's imaging division during the launch. Sony and Panasonic already have mirrorless cameras.

Room For More
How much does it cost to build a house? That depends on your pocket. But what if you had only $1,000 in your pocket? No problem, say architects at Massachusetts Institute of Technology. They have designed a low-cost house made of earth block and bamboo, which can be assembled via interlocking room units.