A Dream To Chase 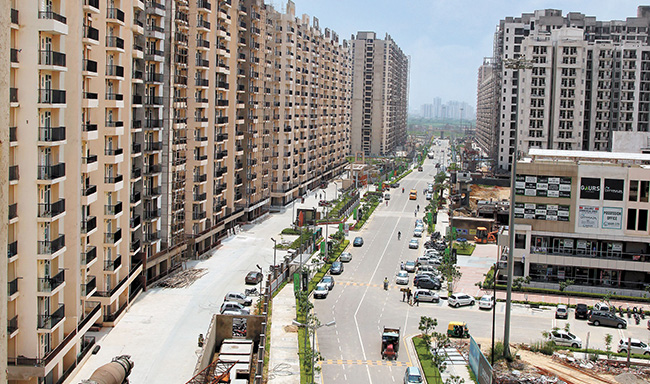 The Modi government’s three missions are bold and ambitious, but without the participation of stakeholders on the ground, they will remain a slogan

When Finance Minister Arun Jaitley unveiled the NDA government’s policy for the development of smart cities in his May 2014 Budget allocating Rs 7,060 crore as seed capital, there was both awe and scepticism. There was awe because no other government had looked at urban development with such a long-term vision, and scepticism as the announcement came more as a slogan, with funds not enough to even see 100 smart cities through the drawing board.

Over the last year, if there were any doubts about the seriousness of intent on the smart cities and housing projects, it has evaporated with Prime Minister Narendra Modi announcing three key missions — the Smart Cities mission, the conversion of the Jawaharlal Nehru National Renewal Urban Mission to the Atal Mission for Rejuvenation and Urban Transformation (AMRUT) and the Housing for All mission. The Housing for All by 2022 — a pet project of Modi — envisages a humongous deployment of Rs 4 lakh crore over the next decade to build 20 million homes. The Smart City and AMRUT projects will see an investment of Rs 48,000 crore and Rs 50,000 crore, respectively over the next five years.

In the 67 years of India’s independence India never before has there been such a huge deployment to give the nation a roof. “India’s poor can’t be left to their fate. We are sitting together to discuss how to improve life in cities. Had we recognised the importance of urbanisation 25-30 years ago, we would have been at par with developed countries and cities,” said the Prime Minister when announcing the three missions.

Moving beyond the announcements and policy statements, the government has got down to work in right earnest. The first task has been to choose the 100 ‘smart’ cities that will be covered by the mission. States have been told to select their short lists based on four parameters — existing service levels, ability to self-finance, robustness of existing institutions and past track record. The urban development ministry will do its own due-diligence based on these lists and select the most deserving 20 cities for funding in the first phase.

AMRUT, which is focusing to  improve and create municipal and transport infrastructure in towns and cities, is aiming to cover 500 urban agglomerations in the first phase, and then gradually bring the rest of the 4,041 towns and cities under its ambit over the next decade. The outlay for an individual city or town under both the AMRUT and Smart City schemes is Rs 100 crore each; and when rolled out, the three missions are expected to cover 40 per cent of India’s population.

Daunting Task
In the debate on the government’s urbanisation policy, an important shift in perception has been missed. Slowly but surely, the government thinking has accepted the fact that the growth of cities is not negative. It is finally being accepted that cities breed intense economic activity and become the engines of growth. They also foster a more liberal culture and are the melting pots of diverse communities. The three urban missions are part of the preparation for the future. A McKinsey Global Institute study released in 2011 predicted the urban population in cities will rise from 340 million in 2008 to 590 million by 2030, accounting for 40 per cent of India’s total population.

However, the high migration and unplanned growth of cities have made them cesspools of deprivation and poverty. Today, Indian cities are eyesores where a majority live in slums and commute in animal-like conditions. The Union Ministry of Housing & Urban Poverty Alleviation in 2011 estimated the shortage of homes in the country at 24.7 million. Monitor Deloitte, a consultancy specifically working on the private affordable housing segment, says the realistic and active demand for potential buyers of homes is a humongous 15.1 million.

‘Homelessness’ of its urban population is a condition that every government has fought a losing battle with. The population of slum dwellers in India has increased from 52.37 million in 2001 to 65. 5 million in 2011, housing and poverty alleviation minister M. Venkaiah Naidu told the Lok Sabha a year ago.

Aware of the looming crisis, various states have launched slum removal programmes and mass housing schemes at affordable prices.  Maharashtra, for instance, has experimented with Slum Rehabilitation Scheme, launched in 1995 ironically by a Shiv Sena government that aimed to provide 4 million people homes in five years. After nearly 20 years of its existence, only 1.6 lakh persons found homes under the scheme. Worse, only around 200 projects of the 1,500 sanctioned under the scheme were completed. Delhi’s experience of relocating slum dwellers in trans-Yamuna camps has met a similar fate.


Though figures are often disputed, the World Bank and 2011 Census data show that nearly 60 per cent of Mumbai or 9 million out of a population of 14.3 million live in slums or shanties. India-wide, the slum population had risen to 17.4 per cent from 15 per cent in the 2001 Census of India’s urban population.

Challenges Abound
People do not live in slums out of choice. They move into shanties when they cannot afford anything better. How else do you explain a situation where there are lakhs of unoccupied and unsold flats in Mumbai, Noida and Gurgaon even as millions are scouring to find an affordable piece of real estate? The fact is the home and residential property market is out of reach for an overwhelming majority. The latest half-yearly survey by broking house Knight Frank India says India is facing the worst depression in the home-buying market for the last five years. The all-India unsold inventory stands at over 7 lakh units; and this would take over three  years to exhaust. There is no pick-up even though prices are flat or falling in most cities. How will there be sales when the prices are bloated in the first place?

Shishir Baijal, CMD, Knight Frank comments: “While sales dropped by 20 per cent during January-June 2015 compared to the same period last year, new residential units coming into the market fell by 45 per cent. And, we do not see any improvement until 2015-end in sales.” So how does the government deliver affordable homes to the people? What are the challenges ahead?

Without a doubt, the biggest bottleneck for growth of affordable housing in availability of land. The cost of land accounts between 50-90 per cent of most realty projects. At current market rates for urban land, there is no hope of building and delivering ‘affordable’ housing in the below Rs 20- lakh-per-unit range. The government will have to work as an aggregator and custodian of this basic commodity. However, with the land acquisition Bill going nowhere, how does the government get the land to build new cities and affordable housing stock?

Second, the government has to step in as a lead agency for construction and sale of affordable housing. The current scenario in the residential housing market is dominated by private builders, some of them with dodgy backgrounds. Their focus is not on affordable housing, but on the luxury segment that gives them higher margins. The role of state agencies like the Delhi Development Authority (DDA) and the Mahar-ashtra Housing & Area Development Authority (MHADA) has been reducing over the years and is today marginal. They contribute less than 20 per cent of new units per year. They have to play a bigger role. There needs to be a significant growth in rental housing too, which is crucial if first-time city dwellers are not to suffer the fate of shanty towns on the edge of the city. This can only be done if state governments and the Centre reverse the policy of leaving housing to the private sector, and step in aggressively as providers of affordable units.

Finally, where is the money going to come from? What is required by conservative estimates is $5 trillion over the next decade. The government contribution is a drop in the ocean, just seed capital to get the ball rolling. If the urbanisation juggernaut has to move forward, the government has to tap the debt markets, get private-public partnerships going, seek equity investment, raise money through focused urban development taxes and develop a slew of innovative and project-specific business models.

All this will only move if the regulatory mechanism is clear from the start. “Foreign investors’ response to the Smart Cities programme is yet lukewarm, because they don’t know yet what the fine print is, what they are getting into,” says Sunil Rohokale, CEO, ASK Group. So far, there is little evidence of a detailed regulatory road map; the sooner it comes, the faster will investors loosen their purse strings.

There is obviously a lot of work to be done to transform these dreams of a new Urban India into reality. Any dithering on the government’s part will mean these grandiose plans will become just a few more slogans.