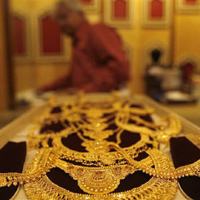 
Market reports suggest that investing legend George Soros, billionaire hedge fund manager John Burbank and JP Morgan offloaded positions in precious metals, particularly silver, where the costs of trading went up by 84 per cent (in margins). Oil prices fell after the US Department of Energy released data on its strategic petroleum reserve and inventories that were much higher than expected (up by 3.8 million barrels to 370.3 million barrels, as on 6 May).

For Indian consumers, the biggest concern will be the impact of oil prices. They may have fallen, but not enough, and definitely not as low as the average for the Indian crude basket of roughly $85 for 2010-11. With Brent crude at about $115 a barrel, likely to stay that high, government finances will feel the strain.

This much seems very likely: the government will have to raise the administered prices of diesel and liquefied natural gas, despite the potential hardship for the public at large, and the impact on consumption demand. The Reserve Bank of India had hinted as much in its annual monetary policy on 3 May this year.

Despite actions by central banks around the world, global liquidity — and thus speculative commodity investment — will continue its run for a while longer. The commodity price cycle may correct, but slowly. So don't hold your breath waiting for a big fall.