A Difficult Call To Connect 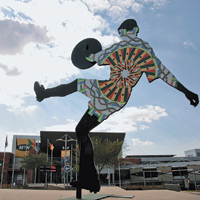 Bharti Airtel and South Africa's MTN could not meet the 31 July deadline they had set to formalise their merger deal. There are unofficial  claims from both the companies that they will be able to convince their respective board members and stakeholders, and get the  necessary approvals by October 2009. However, according to telecom analysts who closely track these developments, even this looks  unlikely and the companies may miss that deadline, too.

Last week, senior executives of MTN and Bharti made detailed presentations to the DoT and the finance ministry. "There are serious issues  of national security, and FDI (foreign direct investment) and  FII (foreign institutional investor) norms that would get breached, if we allow  the transaction of equity as they have proposed," says a senior DoT official, on condition of anonymity. The official adds that MTN's move  could make Bharti's India operations a 100 per cent subsidiary through indirect holdings by different stakeholders.

But is that possible? "It is possible since MTN prefers management control as is evident in many of the countries where it has picked up  stake," says Gautam Balakrishnan, director of Mumbai-based telecom analyst firm Optsoe Consultant. Under the deal, Bharti would pay cash  and shares to get 49 per cent in MTN, after MTN pays cash and stock for an effective 36 per cent stake in the Indian firm.

According to analysts at Mumbai-based rating agency Fitch Ratings, under the current terms as presented to the market, it could result in  additional net debt of $4 billion (Rs 19,276 crore) at Bharti and $2.9 billion (Rs 13,973 crore) at MTN, an issue that is being taken up by the  stakeholders of both the companies.

Bharti has been in the forefront in lobbying for hiking the foreign direct investment limit to 74 per cent. DoT sources say that there is still  an issue of financial compliance that needs to be sorted out by regulatory bodies of both the countries.

In reply to an email questionnaire from BW, seeking clarification about the current status of the deal, a Bharti spokesperson said: "Our  press note dated 25 May 2009 states that Bharti and MTN have agreed to discuss the potential transaction exclusively with one another until  31 July 2009. We continue to be in talks with MTN. At this point, we have nothing further to add to our initial press note."

Analysts opine that MTN does not have much at stake if the deal falls through unlike Bharti, which is betting heavily on it, having pulled  out once in 2008. "Bharti has only two international operations - in Jersey Islands and Sri Lanka - as against 23 countries of MTN," says  Balakrishnan. Bharti's merger bid with MTN, if it goes through, will create a $61-billion transnational telecom giant with combined  revenues of more than $25 billion and more than 250 million subscribers across Africa, Asia and the Middle East.

Sources in Bharti say, "No doubt, stakes are high, but that also is an indicator that negotiations, however tough, will be continued and an  extension has been guaranteed by all the stakeholders till September-October to negotiate the deal."

But, as analysts at the Mumbai-based Enam Research firm point out, factors such as successful transition, country risks, operational  efficiencies and cash returns to Bharti's shareholders would be critical to the deal and these are not easy to resolve.