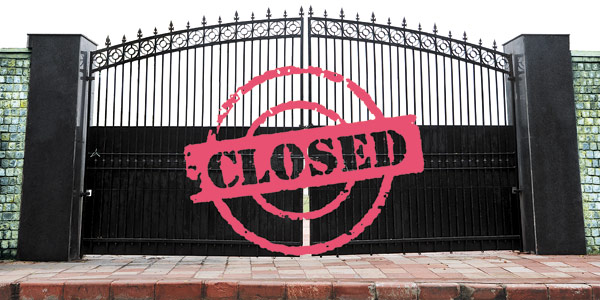 08 November, 2014
Print this article Font size -16+
Patchy placements are not the only bane of B-schools in India today. Shutdowns, faculty shortage, empty classrooms and quality concerns  are just some of the other problems plaguing management education on a daily basis. While the outlook is bleak for the wide-eyed B-school student, it’s worse for the institutes, especially the ones lower down the pecking order.

In the face of mounting uncertainty, many institutes are deciding to call it quits. The University of Strathclyde Business School (Delhi) is one such, deciding to down shutters once the batch of 2011-2013 passed out. Says Varun Saxena, head, administration: “The college has closed down due to lack of students.” Others are smart enough to start and stop courses in the blink of an eye — to cash in on a boom and exit at the first sign of a slowdown.

Demand And Supply
So what led to this crisis in B-schools? In the academic year 2012-13, the All India Council for Technical Education (AICTE) shut down 70 management institutes. It received 83 applications seeking approvals for institutes in the same period, points out S.S. Mantha, chairman of the All India Council for Technical Education (AICTE). There has been an unprecedented increase in Masters in Business Administration (MBA) seats in the past four-five years. The number of seats spurted to 3,60,000 in 2011-12, up four-fold from 95,000 seats in 2006-07, according to the Associated Chambers of Commerce and Industry of India.

Besides the boom in the middle to lower rung B-schools in the past five years, even the number of IIMs went up to 13 and their seats trebled. While some may welcome the growing numbers, they are not always a healthy sign. The MBA capacity in the country hinged on 9-10 per cent growth in GDP, says Rawat. Once growth plummeted to 4-5 per cent, most new colleges found no takers. “The last two years saw a big drop in the available management positions, following the economic slowdown, and youngsters began choosing employment directly after graduation, rather than pursuing higher education,” says Vinay Rai, founder of Rai Foundation, which runs a chain of institutions.

Applicants to the Common Admission Test (CAT) in 2012 numbered 2,14,000, says Prometric (which administers the test), down from 2,46,000 in 2008. This doesn’t portend well for the large number of management institutes that have opened up recently. Their compromise on the quality of faculty, infrastructure, and curriculum makes matters worse.

Amit Agnihotri, founder of MBAUniverse.com, an online MBA portal, feels only the top 100 PGDM (post-graduate diploma in management) schools will survive the shakedown. Raj Agrawal, director, Centre for Management Education, at the All India Management Association, agrees: “In the next few years, only the fittest of business schools will survive.”

“Closure is only a symptom,” says Pritam Singh, director general, International Management Institute. “Globally, professional colleges are linked with the demand for professionals. Our manufacturing growth has been only 5 per cent and the pace of job creation does not match the number of students coming out of B-schools,” he adds.

Rookie Mistakes
For a management institute to thrive, location is vital. Location has a bearing on placements as only institutes that are accessible to both students and companies attract job offers. “We’ve noticed that several institutes which shut down were remotely located, and had no connection with the industry,” says Mantha. According to AICTE data, 31 schools shut down in Andhra Pradesh, 16 in Rajasthan and 11 in Uttar Pradesh. While there may be many reasons behind their closure, their inability to attract placements is likely to have played a key role in their going belly up. “Industry linkages are essential for management institutes. These newer institutions fail to locate themselves in industrial centres and fail the market test, that is, placements,” says Rajeev Gowda, chairperson of the Centre for Public Policy at IIM Bangalore.

Quality Divide
Professor S. Sriram, executive director of Great Lakes Institute of Management, believes that students are becoming picky. “MBA schools have always been associated with certain salary expectations, which they’re not living up to. Students are realising that the return on investment for an MBA is negligible, unless done from a reputed university.” In a situation where even reputed institutes are struggling, it is inevitable that new ones will have a tougher battle. “Across the top private B-schools, the demand for the MBA/PGDM has dipped by 25-40 per cent over the last three-four years,” says Agnihotri.

Moving Abroad
With the cost of pursuing an MBA in the country soaring, Indian students are opting to move overseas. Destinations like Singapore, Dubai and Brazil are gaining traction, and come at a fraction of the cost involved in the old favourites — the US and the UK. Students are willing to shell out that little extra for a degree from a foreign institute, says Natasha Chopra, director of The Chopras, an education consultancy. In terms of GMATs taken in 2012, Indians represent the third largest group of prospective students in the B-school pipeline, according to data from the Graduate Management Admission Council, which conducts the test. A total of 30,213 Indians sat for the GMAT in 2012, up 41 per cent from 2007.

With the economy being in the shape it is, experts believe B-schools in India may have reached saturation point. So businessmen looking to make a quick buck would do well to heed Singh’s warning: “There is no scope for making money in this space anymore.”