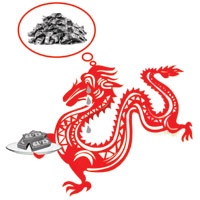 08 November, 2014
Print this article Font size -16+
The dragon has not exactly set fire to the bourses. Weibo, the Chinese Twitter-like microblogging service owned by Sina, has had an under-whelming initial public offering (IPO) on the Nasdaq. First, it had to cut the size of its IPO from the originally projected 20 million shares to 16.8 million shares.  Then, when it opened, trading was below the listing price of $17 — at $16.26. In its second day of trading, though, Weibo almost touched $24 a share.

Many are watching Weibo’s yo-yoing market performance with interest as a host of social and tech stocks from China are set to list on US stock exchanges. Alibaba, the e-commerce company that has a stake in Weibo, is reportedly next in line.  Weibo has around 143 million active monthly users. It generated $188 million in revenues in 2013, up from $66 million in 2012. But, it has been facing growing competition from WeChat, the messaging app created by Tencent, a rival of Sina’s. WeChat had 335 million registered users, up 121 per cent from last year, while Weibo’s user base has seen sluggish growth.

Also, while Weibo’s monetisation model is advertising-based, WeChat has managed to create additional revenue streams through games and the sale of stickers.  Weibo needs to fire up now.

Brand Buzz
[email protected]
Can social drive efficiency at the workplace? Companies such as IBM and Polaris believe it can. Working with IBM, Polaris has designed and developed Octopus, a social platform that leverages the collective knowledge of every employee to fuel  innovation, ideation and business growth.  According to IBM, Octopus manages all project deliveries, customer-related interactions, knowledge sharing, online collaboration and employee engagements taking place across the business. Is this the beginning of a new work culture?

Texting Growth
WhatsApp now has more than 48 million active users in India. The messaging service now has a global user base of more than 500 million

Flood Of Queries
After the first response by a firm to a Facebook or Twitter comment, the volume of questions posed by consumers to the firm increases by 30 per cent in just three months, finds Socialbakers

Jeff Weiner
@jeffweiner
CEO, LinkedIn
Global economy may
see $150B in productivity losses due to talent mismatches; adaptability
is part of the solution