A Curious Case Of Overzeal? 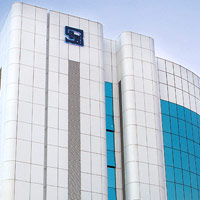 08 November, 2014
Print this article Font size -16+
Arun Jain, the founding chairman of Polaris, got a shock in December 2011 when he received a notice from the Securities and Exchange Board of India (Sebi) accusing him of alleged insider trading. Except that the incident referred to in Sebi’s notice had taken place over a decade ago. Jain thought the case had been settled in 2008 when he had paid Rs 7 lakh — without admitting or denying guilt. Now, the regulator was seeking to impose an additional penalty on him, debarring him from trading in stocks for a certain period.
Ten months later, this October, that notice has become an order prohibiting him from trading in the securities market for two years. The earlier settlement, it appears, was pertinent to only proceedings under section 15G of the Sebi Act, under which Jain was liable fora monetary penalty.
The current order comes on the back of a separate investigation of the same issue under sections 11 and 11B of the Act.
Sebi’s decision to proceed under separate sections was taken in 2005. The show-cause notice under the second was issued only in 2011, after the settlement. Which raises a couple of questions: can Sebi, that settled one case with Jain, proceed on another without informing him that they were doing so? Can Sebi, which agreed to a consent order to settle the matter, now rake it up again after several years? These are questions that Jain himself has asked. Sebi officials declined to comment on our emails and calls seeking clarification.
Santanu Mitra, a former Sebi officer and currently principal associate at Rohit Das Associates, says the fact that the notice was sent four years after action was approved probably points to an administrative lapse on Sebi’s part.
Insider trading is extremely hard to prove. An “insider” can have several legitimate reasons for selling or buying more of his companies’ stock such as a medical emergency or to fund a land purchase. The law prohibits him from making any trades at all when he is in possession of what is called “unpublished price-sensitive information” (UPSI), which is currently available to only company officials and could have a bearing on the stock price if it were made public. And even then, insider trading charges don’t always stick.

So, why has Sebi come down hard? Sandeep Parekh, a former executive director at Sebi and founder of Finsec Law Advisors, says the order signals a renewed drive by Sebi to come down hard on insider trading. “It needs to be also seen in the context of Sebi’s recent decision to not entertain pleas for settlement of insider trading cases,” he adds.
In another recent high-profile case, Sebi’s order against Jaypee Group chairman Manoj Gaur, his wife and brother was thrown out by the Securities Appellate Tribunal (SAT) after the market regulator failed to prove that the wife’s trade had been done on the basis of information Gaur had passed on to her. This was in spite of SAT’s finding that Gaur was indeed in possession of the UPSI when the trades were executed by his wife.
It has been difficult to establish insider trading on the basis of the unpublished stock-moving information. In a now oft-cited case from earlier this year, SAT seemed to take the view that since the accused had been a habitual trader, even though the insider may have indulged in trading while in possession of UPSI, it could not be said that he did it specifically to benefit from the knowledge.
Also, in cases when the actual trading was done by the relative of the insider, even a wife or the brother of the managing director, it falls upon Sebi to prove that the information was actually passed on, a herculean task, if not practically impossible, sans the use of devices such as wiretaps (which is what is believed to have nailed the case against ex-Galleon chief Raj
Rajratnam last year).
One of the big criticisms against Sebi has been that the regulator has not been able to send anybody to jail for insider trading yet. Somasekhar Sundaresan, partner at J Sagar Associates, argues that Sebi has been armed with and routinely exercises powers that can financially, and even morally, cripple somebody with its orders, without having to go through the rigours of the judicial system, a process which would take several years in India.
In Jain’s case, Sebi’s allegation is that he sold around 15,000 shares in his company at a time when he was aware that a deal being mulled would go sour. In support of its claims, Sebi points out that after the information was finally made public, the price of the scrip fell by around a third in a matter of weeks. Jain’s defence is that he was holding around 15 million shares at that time, and that he had not sold a single share for more than 10 years.
M.S. Sahoo, who until recently was a whole-time member of Sebi, says the law should move from prohibition of trading “on the basis of” or “while in possession” of UPSI to a blanket ban on trading by insiders during the closure of the trading window. The trading window is typically closed from around the time the company begins to get an indication of how the financial results might look like till the actual publishing of the results.
But even this may not plug the trades based on inside information not related to financial results (for example, mergers and acquisitions). For that, exchanges should have a database of people connected to the company, and people deemed to be connected to the company, and maintain surveillance over their trading activities.
There has been heated debate around consent orders. Plagued by allegations of allowing repeat offenders to get away with monetary settlements, Sebi recently decided not to entertain any such application except in the most unusual of circumstances.
Is that practical, though? It may make things even more difficult for the regulator, thereby increasing the burden of proof for a successful prosecution. But from all accounts, the regulator seems firm in its resolve.