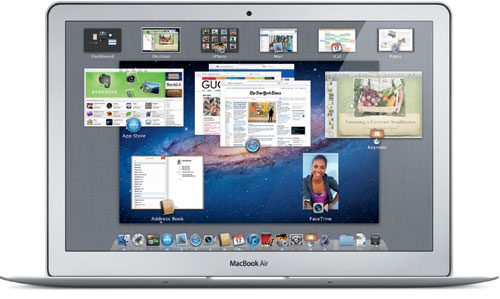 Now, while the design is very 2011 (read: modern), the software that runs the E6 is far from it. While the E6 does ship with Symbian Anna, which brings with it much needed improvements over the previous Symbian^3 version (including touch friendly icons and home screens), if you've used an iOS or an Android device, you will wonder why this phone still feels like it is stuck in some sort of a time-warp. Symbian Anna? More like Symbian ‘Anna'chronistic, if you ask me!

But then there are tons of folks out here who love the familiarity of the Nokia user interface, and if you're one of them, you will love the E6 for its stellar hardware features – such as the awesome 1500 mAh battery and no-sweat multimedia playback for files upto 720p resolution. The 8 MP camera is a fixed focus sort, so your results will be about average. It's priced right but only if you're a Nokia UI loyal and are looking for a 2011 version of your beloved E-series.

HP Pavilion DV6
Picking a mid-range laptop is pretty hard these days, what with cookie cutter configurations from almost all vendors. Differentiation comes really in the form of features such as metal construction, a bevy of ports and better than usual multimedia. HP's new Pavilion dv6-6015tx checks almost all the boxes in the extras category while pushing sensible hardware without breaking the bank.

So while the specs sheet – good hardware choices such as a capable Intel 2.1 GHz Core i3-2310M processor, 4 GB of fast 1333 MHz DDR3 memory and respectable graphics by way of the AMD Radeon HD 6490M graphics card with 1 GB DDR5 graphics memory – are pretty bog-standard in this category, it's the goodies I'm more interested in checking out. First up, the design – in the DV6's case, it is classy and distinctive without shamelessly mimicking the bare aluminum look of the Apple range. The touchpad is highlighted with a white illumination, and it would really have been even more awesome had it been paired with a backlit keyboard. I'm not too hot on the 15.6" High-Definition LED HP BrightView Display – at a resolution of
1366 x 768 pixels, it just doesn't pack in enough pixels to be memorable.

Where many budget laptops have cheap speakers that sound anemic, the dv6 includes Beats Audio, a combination of software and hardware that provides a pretty satisfying listening experience. No more of the tinny laptop sound - sound remains clear and undistorted even when turned up, with my only complaint being that the bass dropped off as the volume was increased. Throw in 2 of the faster USB 3.0 ports and a HD webcam, and you've got yourself quite the deal for your money!