A Case For Prepaid 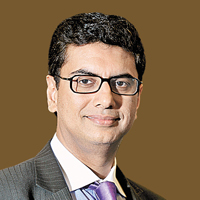 08 November, 2014
Print this article Font size -16+
In much of the developed world, prepaid cards have been synonymous with marketing campaigns and loyalty schemes. Whether branded and issued by retailers for closed-loop purchases or facilitated by international card schemes like Visa or MasterCard, allowing for broader use, such cards have become 21st century versions of gift vouchers. The same technology that enables Western consumerism is poised to become a vital bridge in extending banking and payment services to some of the world’s poorest.

Regions hosting a large proportion of the world’s poor are yet to be penetrated by banking networks. Even if there are people in these regions fortunate enough to have steady sources of income, many lack easy access to banks. Local economies run mainly on cash payments, or even barter, and wealth is secured (or perhaps not) with hidden boxes and padlocks.

Regulatory requirements have also made it difficult for bank accounts to be opened by those unable to prove their identity or who have no demonstrable proof of residence. A common issue from the banks’ perspective is also that the cost of maintaining low-balance traditional accounts make these customer relationships unprofitable and, thus, some banks choose to stay away from addressing their needs.

Electronic prepaid technology can potentially transform the provision of basic banking services to such individuals. ‘Know your Customer’ (KYC) requirements are much lower for prepaid instruments in most developed nations. Another key consideration is that the technology and operational cost of offering prepaid accounts is much lower than that of ‘no frills’ bank accounts, making it commercially more viable for banks and governments trying to extend banking services to these segments. The Reserve Bank of India’s Payment System Vision Document (2012-15) has, in this context, rightly identified use of e-prepaid instruments as one of the primary approaches to enable financial inclusion.

Prepaid is also a stepping stone to making conventional banking services accessible to the unbanked. Credit facilities through overdrafts on e-prepaid accounts can be extended to chosen prepaid customers. As the customer relationship progresses, additional credit can be extended via micro loans, paid out through a prepaid card with a predefined repayment schedule built into the account. Over time, banks can introduce more services without being stifled by many of the barriers currently hampering their progress. This can have a huge impact on wealth creation among the needy and address some of the macroeconomic challenges faced by a large unbanked population.

While the conventional realisation of prepaid technology is through cards as the medium, it has been used in many other ways;  and cellphones used for e-payments hold the most potential. The convergence of mobile and prepaid can play a big role in the displacement of cash as the primary means for payment.

Another argument in favour of opting for e-prepaid technology is remittances, be it benefits from the government, or migrant workers who need to send money home. Both these uses are prevalent across the world. The India Post initiative to deploy prepaid technology as part of a remittance offering is an example.

For India, while the upside of using prepaid technology is wide and varied, there are still some challenges with its widespread adoption. The first issue, perhaps, is that of open-loop prepaid cards (accepted and processed at any location that is connected by a network such as Visa or MasterCard). Until the Unique Identification Authority of India initiative makes substantial progress and regulatory relaxation around KYC requirements is effected, widespread adoption will continue to be inhibited.

The second issue is the low density of point-of-sale (PoS) terminals that enable acceptance of payment cards. But with enhanced focus on expanding the PoS base in India, things are changing. Also, there are deep-rooted behavioural barriers related to the use of prepaid in India that must be overcome, but this is also changing.

Lastly, banks must accept that meeting the specific needs of the unbanked and under-banked is not just about short-term returns.