A Case For Cuts 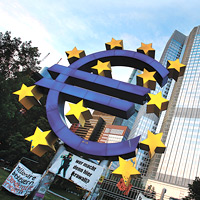 If you thought the Barclays mess was an exception, you were wrong. Bob Diamond, who had to quit as the UK bank's boss after an interest rate manipulation row broke out, hints what the bank did was more the rule. Diamond said banks across the world were fixing interest rates in the run-up to the financial crisis, but regulators did not stop them. Diamond pointed a finger at 15 banks, including the state-owned Royal Bank of Scotland, Lloyds and Halifax Bank of Scotland.

Finding Takers
After a failed attempt to sell 26 per cent in its airport business to Singapore's Changi Airport, GVK Power & Infrastructure is in talks with a few private equity firms to dilute stake in GVK Airport Holdings.

Good News Index
India's factories in June increased production and hired workers at the fastest rate in more than two years, showed the HSBC manufacturing Purchasing Managers' Index. But falling demand abroad hit growth in new export orders. The index rose to 55.0 in June, a four-month high, from 54.8 in May. It has stayed above the 50 mark that divides growth and contraction for more than three years.

Systems Failure
Microsoft said it would take a $6.2 billion accounting charge in its online services division for the failed acquisition AQuantive, a digital advertising company Microsoft bought in 2007 to take on Google. The company said it took the write-down because "expectations for future growth and profitability are lower than previous estimates" for the online services unit.

Oil's Not Well
Investment bank Goldman Sachs last week turned negative on Indian oil marketing firms. For instance, it downgraded Indian Oil and Hindustan Petroleum to "sell" from "neutral". It said any diesel price hike would only reduce the losses, without any major positive impact on profitability.