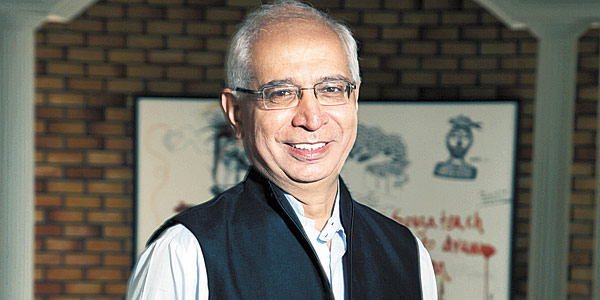 08 November, 2014
Print this article Font size -16+
In drawing rooms across Delhi, the lunching classes are packing away their pashminas and airing their handspuns. In Mumbai, the threat of RTI is looming over the heads of celebrities wondering whether it’s the end of champagne times. Change was never more evident in the air. Will the rising tide of nationalism spell the end of expensive taste? Is the world of graft and baksheesh over?
Change makes an uneasy playmate. It is the passenger in a train everyone eyes with suspicion.

The Johnny-come-lately, a jholawala evangelist whose motives are uncertain, might yet launch an Indian spring. But change is also a harbinger of promise and new excitement, of surprises — welcome or otherwise.
Prices Will Rise, Prices Will Fall
A few pundits are still demanding a ‘price correction’ amidst signals that prices are rising. Francis Bacon’s painting — Three Studies of Lucian Freud— sold recently for a record Rs 900 crore. If you don’t expect prices for Manet and Monet, Picasso and Bacon, to go soft, why expect works by S.H. Raza, F.N. Souza, M.F. Husain and Tyeb Mehta to lessen in value? Even Ram Kumar, whose value had come down, is selling stronger now. As for Gaitonde, he’s your ticket to billionairedom (if you’re selling) along with an original Raja Ravi Varma, or Amrita Sher-Gil. But prices and interest among the contemporaries still remain ambivalent. It’s hard enough trying to understand political statements in art without being able to justify prices. So, yes, further price correction might be inevitable.
Where Were They Hiding?
By the time you read this, Christie’s would have concluded its first auction in India with a line-up that included the three Tagores (Rabindranath and his nephews Abanindranath and Gaganendranath) as well as Nandalal Bose who were sidelined by the brasher Progressive Artists’ Group.
Fair To Biennale
Christie’s and the desi auction houses Saffronart, Astaguru and Pundole’s are responsible for meticulous sourcing and greater vigilance with regard to quality and provenance of works. In turn, galleries will be pressured into putting together better shows. But for the junta, the experience of finding both wheat and chaff together will begin in January with the India Art Summit in New Delhi and wind down in December with the Kochi Muziris Biennale.
Legal Palette
Arvind Kejriwal should be pleased that a growing propensity for auctions has brought in greater transparency into dealings. Fear of the Aam Aadmi will keep galleries on the straight and narrow with payments not in black currency but by cheque.
Foreign Interest In Indian Art
If the writing is on the wall, the BJP’s international supporters will draw from popular culture. And they’ll look at art as a distinctive marker of their eminence. In 2014, the buying tide will favour NRIs, leading to more museum shows and the presence of Indian artists at global art forums.
Younger Artists Will Get Their Due
The recession years were hard on the younger artists. Recognition is now coming their way. Already, a mid-career retrospective on Atul Dodiya is on view at the National Gallery of Modern Art. Expect a growing band of middle-aged artists to wrest their place in the market.
Desi Spender
As luxury spends rise, sale of art could double over last year. After the Birkin bag and the Zegna suit, it’s Souza and his ilk who’ll usher you into the club of art collectors.
Building Institutions
Who’ll announce the next private museum? We don’t know for sure — though some are in the making (or, at least, collecting) stage. Meanwhile, the foundation stone of the Kolkata Museum of Modern Art was laid. If work starts soon, by 2014 the process of selection of works for its inventory will begin.
Aspiring Middle Class
A growing middle class with money to spend will spur a market that has remained unacknowledged. Expect terms such as ‘woodcuts’ and ‘linocuts’, ‘serigraphy’ and ‘3 of an edition of 5’ to become common currency. Homes will aspire art, breaking through the stranglehold of decorative art aesthetic. Photography will get a leg up too.
Husain’s Art
Husain’s prices will rise further, but public viewings of his work will still invite opprobrium. Blame the times we live in, which 2014 will be hard put to shed.
The End of Money
New funds will remain a taboo in 2014.
The author is head, publications & exhibitions, Delhi Art Gallery
(This story was published in BW | Businessworld Issue Dated 13-01-2014)
Tags assigned to this article:
magazine art after hours kishore singh delhi art gallery magazine 13 january 2014