The Department of Telecom had earlier set a target to start 5G trials in 2019 and rollout the next-generation service in 2020. 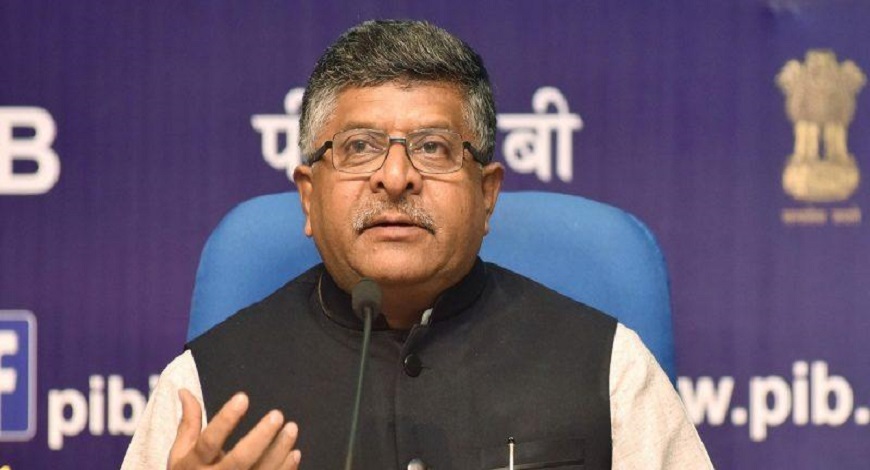 Telecom Minister Ravi Shankar Prasad on Thursday said 5G core network should be Indian and the country should move faster on the next-generation technology with indigenously made telecom gears.

The minister said that the testbed is ready for 5G and the government will soon grant a permit for trials.

'We lagged in 2G, 3G and 4G but in 5G India should move at a speed faster than the world with made in India 5G. We have made a testbed and we are soon going to permit it. Core network should be Indian,' Prasad said at a National Informatics Center Services Incorporated (NICSI) event.

The Department of Telecom had earlier set a target to start 5G trials in 2019 and rollout the next-generation service in 2020.

However, due to claims by the defence ministry and space department on part of the spectrum that was identified for 5G services led to the delay.

According to industry estimates, there are more than 100 commercial 5G networks rolled out across the world.

The minister said that 5G will be a disrupting technology and open up a lot of new avenues.

'I urge all the private sectors including other operators, NICSI to rise to the occasion to understand, adopt, innovate- the emerging contours of 5G. 5G is not only communication technology but it is disrupting technology and will create new avenues,' Prasad said.

The minister said that he wants India to be a topmost data economy.

'Please develop NICSI as a good platform to help roll a big data economy in the country. The nation which will generate a huge amount of data will lead in the data economy,' Prasad added.