5 Reasons Why Kejriwal Is On Shaky Ground 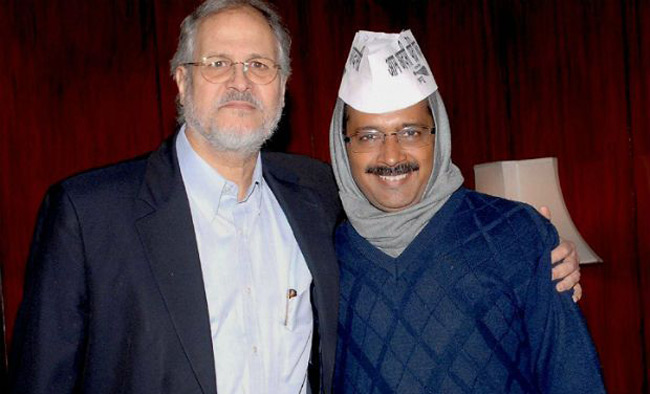 08 June, 2015
Print this article Font size -16+
The confrontation between the BJP-led central government and the Delhi government could escalate further as Chief Minister Arvind Kejriwal is all set to take his complaints over the functioning of Lieutenant Governor Najeeb Jung to the President, and may even rope in Prime Minister Narendra Modi into the ongoing battle for power in the national capital.
On Monday (19 May), when IAS officer Anindo Majumdar (principal secretary, services) reached the Delhi secretariat, he found his office locked. Orders from the chief minister's office, he was told. The development was the latest in the ongoing tussle between the Kejriwal government and Jung since the L-G, who reports to the Centre, appointed another bureaucrat -- Shakuntala Gamlin -- officiating chief secretary as chief secretary K K Sharma is abroad on leave. Earlier, Majumdar was removed by Kejriwal on Saturday, allegedly for signing off on the L-G’s decision to appoint Gamlin as acting chief secretary of Delhi.
The bureaucracy has become the latest battlefield for the political war between the BJP and AAP?  Is Delhi bracing itself for a constitutional crisis or is it just a clash of egos?
Here are five reasons why Kejriwal is on Shaky ground
1) Article 239AA of the Constitution clearly states that the Legislative Assembly of Delhi shall not have power to make laws relating to subjects such as public order, police and land. Yet Kejriwal directed all departments under the Delhi government to route files pertaining to police, public order and land only through the minister concerned and to “not bother the office of the Lieutenant Governor.”
2) In the case of appointment of chief secretary, commissioner of police, state home secretary and secretary (land), it is the L-G who has the power. Rest of the appointments should normally be made on the advice of the state cabinet,” Vikas Singh, former additional solicitor general of India, told the Hindustan Times.
3) SK Sharma, who served as Delhi assembly secretary under four chief ministers, told the Economic Times that the L-G is not bound by the advice of Kejriwal and his ministers. Delhi has always followed the Centre's rules. "If there is an increase in dearness allowance or any other central government decision, it automatically is replicated in Delhi. He added that by virtue of being the administrator, the L-G is the head of services and officers in Delhi.
4) Constitutional expert S C Kashyap is of the view that the union territory is administered by L-G. The Council of ministers is to aid and advise him. In case of service matters, it is the L-G's call. In such a matter the CM should go to L-G and sort out these matters.
5) Kejriwal can neither appoint nor sack bureaucrats without the concurrence of the L-G. And, while the L-G needs to consult the state government in matters of removal or appointment (which he did in the Gamlin case), he has the final word. If Kejriwal has a problem with these, he should build support to change Delhi's semi-State status.
Tags assigned to this article:
politics arvind kejriwal othertop1 najeeb jung