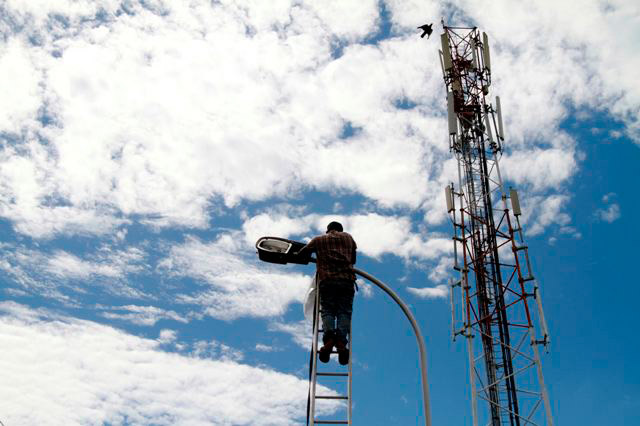 08 June, 2015
Print this article Font size -16+
The mother of all battles in Indian telecom sector may be fast brewing. The country’s largest private sector company Reliance Industries Ltd (RIL) is giving finishing touches to its pan-India telecom network plans through a dedicated subsidiary: Reliance Jio Infocomm Limited (RJIL). Here is a snapshot of Reliance’s most ambitious project ever in the telecommunications sector:

Progress So Far
Plans to provide seamless 4G services, using LTE technology in 800 MHz, 1800 MHz and 2300 MHz bands through an integrated ecosystem in 20 out of total 22 circles in the country.

Significant progress in building its 4G-LTE (Long Term Evolution) business, including physical network infrastructure, systems and processes, sales and distribution network, applications and services and content, among others.

It is working with strategic partners who have committed significant resources, knowhow and global talent to support deployment and testing activities currently. underway.

Why LTE?
LTE, a fourth generation wireless technology that offers higher speed, is likely to alter the contours of the Indian wireless industry and drive the ‘Digital India’ movement. LTE rollouts will not only accelerate data adoption (userbase and usage) in India, but will also cause a dramatic shift for 4G services.

RJIL has been actively involved in developing the ecosystem for India’s LTE phones, working with renowned OEMs, Original Design Manufacturers (ODMs) and chipset vendors on end-to-end device design and engineering.

RJIL is ensuring the tight integration of these devices with Jio’s network infrastructure, platforms and applications portfolio to ensure seamless experience to customers.

Advantage Reliance
With more than 961 million mobile users as of February 2015 India has achieved a tele-density of more than 76 per cent. However, the growth in broadband connections has not been commensurate with the enormous growth of India’s telecommunication industry. India has only around 18.7 million broadband connections as of September, 2014, excluding internet access by wireless phone subscribers, which is comparatively lower than other countries.  RJIL is the only private player with Broadband Wireless Access (BWA) spectrum in all the 22 telecom circles of India. RJIL’s total equivalent spectrum footprint has increased from 597.6 MHz to 751.1MHz (including uplink and downlink), strengthening its position as the largest holder of liberalized spectrum.