230 mm rainfall recorded in Mumbai in 10 hrs, more rain in next 3 hours

230 mm rainfall recorded in Mumbai in 10 hrs, more rain in next 3 hours

Mumbai (Maharashtra) [India], Aug 4 (ANI): Mumbai recorded a 230 mm rainfall within 10 hours of incessant rainfall, Iqbal Singh Chahal, Brihanmumbai Municipal Corporation (BMC) Commissioner told ANI on Tuesday, adding that a flood-like situation had been created in the city.
"The downpour started around 7 pm last night and slowed down around five to six am today morning. In the 10-hour downpour, 230 mm of rainfall was recorded in Mumbai. The Mithi river had swelled up in the morning because of the heavy rains and went above the prescribed danger mark of 27 meters. In the morning it had gone up to 34 meters and we had started to evacuate people in the low-lying slum areas. The water levels have come down to 24, so we have ceased evacuation for now," Chahal told ANI.
The Commissioner also said that over 163 pumps were being used to ease the inundation in different parts of the city.
"In the saucer-shaped areas of the city like Hindmata, King's Circle, Milan and Andheri Subway, we cannot use the pumps till the water levels reach a certain level. As soon as the water levels reached the limit, we started to clear it out with the pumps. We are currently using 163 pumps to clear out the rainwater in these low-lying areas," he added. 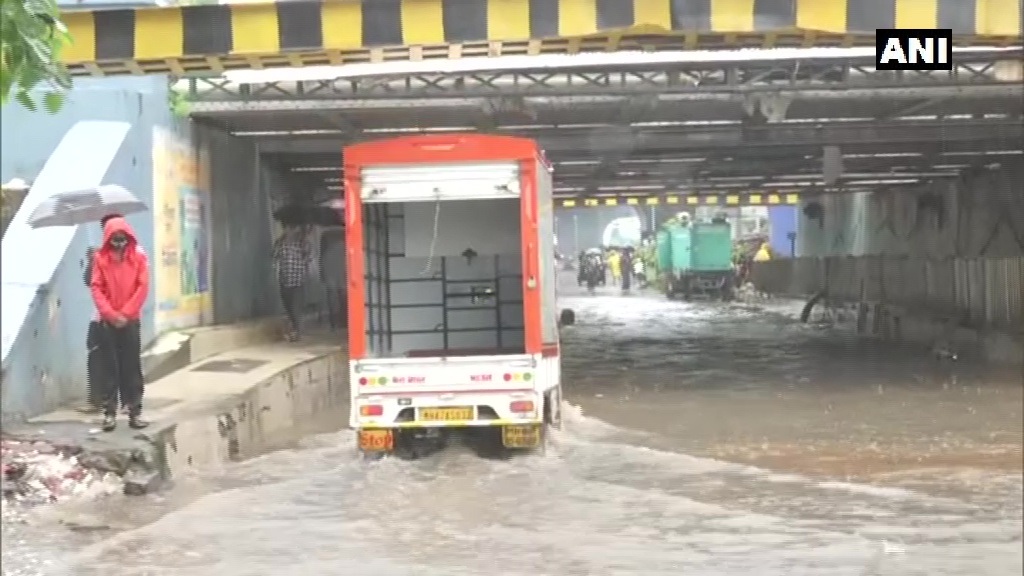 The India Meteorological Department (IMD) informed that between 8:30 am to 11:30 am on Tuesday, Colaba and Santacruz recorded 6 mm and 19 mm of rain respectively, while Thane recorded 16 mm.
"Intense to very intense rainfall likely to continue in many parts of Mumbai during next 3 hours," the IMD added.
The Western Railways, which had earlier suspended train services between Bandra and Church gate due to the rain, resumed the 1st slow-train from Churchgate at 12:05 on Tuesday and the train from Andheri started at 11:40 am.
"Water level at all places has started receding. 1st DN slow train from Churchgate started at 12:05 pm and the UP slow train started from Andheri at 11:40 am. Fast lines will also shortly resume after inspection of points," the Western Railway said. (ANI)