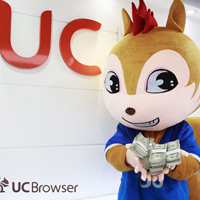 08 November, 2014
Print this article Font size -16+
Senior Indian finance executives are bullish about the domestic economyand the balance is shifting more towards a growth outlook with business confidence on a high as is clearly reflected in the seventh annual American Express/CFO Research Global Business and Spending Monitor. A phenomenal 100% of the Indian CFOs plan to increase their spending and investment activities this year.

While CFOs from China, Hong Kong and other Asian countries have significantly scaled back their expectations for their local economy, 86% of Indian CFOs have demonstrated a leap of faith in their local economy compared to last year. A large 77% of Indian CFOs expect their company’s sales to increase the most in the Indian subcontinent while another 67% expect growth from within Asian markets. Indian CFOs lead the Asian region in terms of their investment plans across various business functions including transportation and logistics, computer hardware, Enterprise IT, and business and professional services.

The report reveals that this year, emerging economies will lead the way on investing for growth, and gear up to meet increased demand. Globally, 17% CFOs said they will aggressively approach spending and investment to boost top-line revenues. 30% Indian CFOs and senior finance executives will look at aggressive spending and investment while a higher 57% will approach spending more moderately to support top-line growth while improving profitability. This indicates a more forward-looking stance for finance officers, compared to the conservative view focused on cost control in 2013.

UC Browser’s FIFA World Cup Bonanza
To celebrate the excitement of the upcoming 2014 FIFA World Cup, UCWeb has launched its mega Rs 1 Crore World Cup guessing contest on the UC Browser. Termed the ‘World Cup Bonanza’, it gives participants the chance to prove their football prowess by predicting the winners of each match. The more correct guesses made, the closer the participant is to winning the grand prize. Upon correctly guessing every winner of the 2014 FIFA World Cup group stage (total of 48 matches), the participant will walk away with a cool Rs 1 crore grand prize.

Overall top ranked participants will stand a chance to win an array of fantastic prizes including an Apple iPad mini, Apple iPhone 5s, and a Lenovo ThinkPad E431. Launching on June 11th, the World Cup Guessing Contest is open for free to all users of UC Browser.

Honeywell Opens 6th Manufacturing Facility In Gujrat
Honeywell has added its sixth manufacturing facility in India with the inauguration of a plant that will manufacture solar water heating systems for its Environmental and Combustion Controls (ECC) business, adding to other manufacturing facilities the business has in Chennai and Dehradun. This business is part of Honeywell Automation India Limited (HAIL), a $300 million company listed on the Bombay Stock Exchange (BSE), and the National Stock Exchange (NSE).

The 50,000-square-foot Vadodara facility will manufacture solar water heating (SWH) systems for residential, commercial and industrial applications for the domestic market in India as well as for export to Southeast Asia and North Africa. Honeywell’s Vadodara facility will manufacture 10 solar water heater variants of stainless steel (SS) and galvanized iron (GI) material ranging from 100 to 300 liters per day.

The issue of skills shortage in India’s IT sector (among the largest in the world) is a well-documented one. The irony of the situation is that there are so many more people who could be employed by the ever increasing demand for the right skills in the IT sector, if the candidates had the ability to develop software.

To overcome this gap, plenty of training service providers have been established. But most, if not all, of them focus on providing programming language expertise rather than assess and train ability to develop software at a conceptual level. This has led to very large number of graduates undergoing courses in various languages without grasping the core concepts of software development.

OPPO India Unveils OPPO Find 7 In India
OPPO India, a leading global technology brand with presence in North America, Europe and Asia has unveiled their next flagship smartphone ‘Find 7’ as a successor in the most famous ‘Find’ series. The 4G/ LTE compatible OPPO Find 7 is the first smartphone in the country that sports a 5.5” inch Quad HD screen with a 2560 x 1440 resolution and 538 PPI display. OPPO’s smart devices are currently available in 12 major cities and regions of India - New Delhi, Mumbai, Chennai, Bengaluru, Hyderabad, Ahmedabad, Jaipur, Chandigarh, Ludhiana, Kolkata, Pune and Lucknow. Recently, OPPO announced plans for an aggressive sales and service network expansion in India with a target of over 200 service centers in the next one year. OPPO is targeting a mix of at least 10 products that cover the price range from below Rs 10,000 to around Rs 40,000 this year. The Find 7 is priced at Rs 37990 and the Find 7a is priced at Rs 31990 in India.

Touted as the smartphone with the best hardware in the countries where it is available, the impressive Find 7 comes with the VOOC fast charging technology. A five minute charge allows the Find 7 to support a two-hour call. A 30 minute charge gets the Find 7 to 75% of full battery. The smartphone has a proprietary OS called ColorOS. Powered by Qualcomm’s 2.5GHz Snapdragon 801 Quad Core (MSM8974AC) processor, Find 7 has an expandable storage up to 128 GB.

Viber Hits 100 Million Concurrent Online Users
Viber, a mobile communications platform, has revealed that it now has more than 1000 crore concurrent online users. This milestone is a clear sign of the surging popularity of the platform and its active and highly engaged community of users.

Now, it’s easier for users to find, select, and add stickers to their conversations with a prominently displayed sticker menu that can be docked to the side of the app. Viber Desktop has also been upgraded for better video quality and performance.

Viber support site is now available in two more languages – Portuguese and Spanish. These languages join English and Japanese and have been added as part of Viber’s commitment to expand its services to additional global markets.

Edelweiss MF Launches 'Edelweiss Arbitrage Fund'
Edelweiss Mutual Fund, has announced the launch of Edelweiss Arbitrage Fund, an open ended Equity Scheme. The Scheme seeks to generate income by predominantly investing in arbitrage opportunities in the cash and the derivative segments of the equity markets as well as the arbitrage opportunities available within the derivative segment and investing the balance in debt and money market instruments.

Vikaas M Sachdeva, CEO, Edelweiss Asset Management Ltd.said, "Edelweiss Groupis known for its expertise in the field of Arbitrage. Hence it was only logical and timely for us, to launch this fund at a time with immense positivity in sentiment. For investors with a medium to long term investment horizon, this Fund offers an immense potential, even for the very risk averse investorsArbitrage opportunities exist in all market conditions, helping investors generate relatively lower risk returns whichever way the index moves. With its equity orientation, the dividends are tax free and the capital gains , if the units are held for more than one year, are tax free too, making it more tax efficient than Liquid and Debt Schemes."

Hiring Activity Sees Stability In May’14 Over April’14: Naukri Job Speak Index
The Naukri Job Speak Index for the month of May 2014 was at 1600 indicating a stable hiring scenario when compared to April 2014. Yearly comparison shows a 14 per cent increase in hiring activity when compared to May 2013. Industry wise hiring sentiment was muted across all the major sectors except ITES and IT sector. ITES sector saw the index moving up by 15 per cent M-O-M. Among the top metros, Hyderabad also saw growth with the index moving up by 8 per cent in May 2014 over April 2014.

An in depth analysis reveals that the  apart from  the ITES sector , IT and Oil & Gas  have done well with the index moving up by 10 per cent and 3 per cent in May’14 over April’14.

The demand for professionals working in BPO and IT saw the maximum growth with the Naukri Job Speak Index moving up by 11% and 10 % in May’14 over April’14.

Amongst cities Southern region has seen maximum improvement with Chennai and Hyderabad seeing highest and second highest growth in the Naukri Job Speak Index in May’14 over April’14.  Bangalore has also seen growth with the index moving up by 5% M-O-M in May’14

In Western region, Mumbai has seen a growth of 2% and Pune has seen stability in hiring.  Northern and Eastern region has seen dip with Delhi-NCR region and Kolkata seeing a decline of 21 per cent and 19 per cent each respectively in May’14 over April’14.

Erase The E-waste
PLUSS Polymers, a material research and manufacturing company, in association with Advit Foundation arranged an environmental sustainability session at IKEA’s office, Gurgaon. The session was based on electronic waste management and its impact on our health and environment with an emphasis on the need for its safe disposal.

This session was held on the occasion of World Environment Day. “Considering the fact that our earth is turning into a dump zone, it is important for us to take up the responsibility of relieving nature of this dump. On this world environment day we have taken up a social initiative to make the world a better place.” says Samit Jain, Managing Director, PLUSS Polymers.