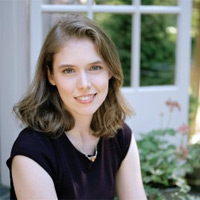 08 November, 2014
Print this article Font size -16+
Madeline Miller was born in Boston and grew up in New York City and Philadelphia. She attended Brown University, where she earned her B.A. and M.A. in Classics. For the last ten years she has been teaching and tutoring Latin, Greek and Shakespeare to high school students. The Song of Achilles, her first novel, was awarded the 2012 Orange Prize for Fiction and was a New York Times Bestseller. It has been translated into fourteen languages including German, Spanish, Dutch, Mandarin, Japanese, Turkish, Arabic and Greek. Miller speaks to BW | Businessworld’s Vinay Dwivedi on her prize winning book and how she put it together.

You put in a decade in The Song Of Achilles. What kept you going? What was the driving force?
It was basically the characters. The beautiful characters I had thought so deeply about, for such a long time. Patroclus in the Illiad is a very minor character. Even though he is a very important character. The whole plot of the Illiad turns on Patroclus. But we don’t learn much about him. Every time I thought ‘oh why I was doing it...I’m never gonna finish it’ I thought no I cannot abandon Patroclus. I wanted him to have his moment.

When did it occur to you that you wanted to write this story...
I always wanted to write and I always loved mythology. I studied mythology and Latin and Greek but I actually never thought of putting the two together. They were always completely separate things, the stuff I used to write was modern, totally set in the modern world, memoirs, personal essays, those sort of things. Then when I was graduating from college, I directed a play Troilus and Cressida, which is Shakespeare’s Trojan War play. And it was incredibly exciting. Your job as a director is to help tell the story and for the first time in my life, instead of passively reading the stories, I was sort of getting to participate in telling them, and that was so exciting for me that when the play was finished, I thought that I wanted to keep going. I wanted to tell the story of Achilles. And that’s exactly when I started writing.

What will characterise as good fiction? What do you look for in a book?
There are so many different ways that a story can be good. In fact, some really amazing things do not have such a strong story, they are often mood pieces. So, I guess, I would say that for me good fiction is something that engages me completely. It challenges me, it resonates with me. I don’t know if I have to agree with it. It just has to bring me fully into the world and make me want to keep reading, whether I agree or disagree, because I love the story, I love the work.

Your favourite Indian authors?
I have been really enjoying the translations of Ramayana... the adaptations of the Ramayana and the Mahabharata. Those have been really wonderful. I am really excited to read the Manil Suri’s The City Of Devi. I attended his session (in the Jaipur Literature festival) and it was terrific.

What is it that writing takes? Your advice to the wannabe writers...
I think that writing takes two things. I think it takes passion but it also takes discipline. I think and that particularly for young authors, and I know this is particularly true for me and I also see this in my students. You have so much passion that you just wanna kind of write and then you wanna just be finished and then you wanna be published but the discipline is really required. And part of that discipline is that you don’t give up. Keep writing, keep editing. It might take you ten years. It might take you twenty. But your voice is important. So just stay with it. And don’t expect it to be a quick process.

What changed with the Orange?
So much (laughs). It was absolutely a turning point. It meant just that so many readers came to my book and it was incredibly exciting for me to be getting emails from readers all over the world, including many from India, which was so lovely. Well, I have to tell you one of the very first letters that I got was from a student in India. He said that he loved my book. It meant so much...as an author, those first five-ten letters that you get really mean so much. So, I’m really grateful.