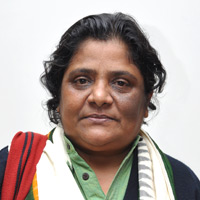 08 November, 2014
Print this article Font size -16+
How grave is Punjab’s agrarian crisis and how does it impact the women there?
It has been no ordinary feat to survive the 1990s, witnessing the deepening economic distress of the peasantry and working class communities in the neo-liberal regime. The path of empowerment for women, too, becomes more arduous. Peasant suicides are a symptom of the deepening agrarian crisis. I had been most distracted by the single question of the aftermath and the social side of the crisis. How women are coping and how they are bravely confronting these renewed hardships and what do they have to say about the changing scenario. And how do I unmask the government propaganda and of international bodies that women are on the path of empowerment. More and more women across this country are becoming bereft of the means of taking their lives forward as a result of the policies of economic liberalisation and globalisation.

But not enough is written about such an important issue...
Women’s contribution to labour and social reproduction is, in general, underplayed in society. The survival of the family and community in the aftermath of peasant suicide has not been looked into in any serious or cohesive manner. The impetus for me came from my exposure to factory closures and slum evictions in the NCR region from the 1990s. The assaults on people’s lives and livelihoods have been increasing ever since. As a feminist, I took it upon myself as a political task to draw attention to women. It was easy to begin in Punjab because the failure of the green revolution predates even the neoliberal phase of the Indian economy.

Often, how women, especially those in villages, keep things going is not recognised at all...
It is so complex to specify what exactly recognition of women’s work would entail. Being both overworked and often undernourished, their physical health is always at stake. In the context of agrarian distress, both household economy and household labour are deeply affected. Being indispensable for the household necessitates foreclosing many other options for one’s development in terms of capacities outside the domestic realm. The struggle for the recognition of women’s labour -- in all its ramifications far from being out of place in a situation of chronic impoverishment and distress suicides -- will actually provide a perspective to how women are struggling in the face of such challenging times. Recognition of their contribution would make women be seen less as victims of a stupendous calamity and more in the light of an invisible and unpaid workforce. They are surviving against all odds; they try to have some dreams still. So it is not about them but us. Where do we stand in relation the dreams of those who produce food for us and our society?

You surely have many stories from the fields...
The elderly are today most vulnerable and in dire straits; it is they who contributed to making Punjab the granary of India. And again if you look at the future of the children of the peasantry, it seems most bleak. Yet they keep up hope.

"While setting out for interviews from the house of a comrade in Sangathpura village of Sangrur district, his daughter, in her early teens, insisted on accompanying us. She offered to be the translator as she was keen to help. Her feet barely touched the ground as she was most excited. Suddenly, she reached out and whispered into my ear, “Have you come to give them women’s liberation?” I laughed; my heart somersaulted with joy at this question from a young girl. In the same conspiratorial manner I whispered back to her, “It will take time.” She assumed she was part of the liberation project and therefore her joy knew no bounds. It was contagious. While relaxing over a meal at the end of the day, I asked her how she got to know about women’s liberation. She quickly got me her school text book published by NCERT. And even shared a couple of poems she had written on social inequalities. The young bring in promise and hope in bleak times like no one else can."

Sometimes, there’s plain wisdom in women who are putting aside everything to help their daughters. That means going against the grain.
"Reaching out to a daughter in distress implies going against the expectations of caste norms, especially among the Jat Sikhs. However, one came across such parents who spoke how they do not fear their sons or are held back by the fear of disapproval to step into the daughter’s life when she is alone. In a village in Ferozepur, the mother of a woman who was visiting her joined in at the end of the interview when the woman mentioned her as an immense source of support. The mother confidently opined on how she manages to help:
It is not easy to support a married daughter but we have to think how to do so. As children grow up and make their own world, you realize they are not the same. Just like the five fingers of your hand, even children from the same mother are unequal. Some need us more than others. After her husband’s death, his mother also died. My daughter had to pay Rs 13000 as part of her mother-in-law’s treatment and funeral expenses. Where can she get it from? If she didn’t pay, she would have forfeited 2kanals of land coming as her share. I gave some money and ensured that her brothers contribute to this amount. I have to stay independent of my sons so that I can help the one who needs me the most. If I stay with any one of them, it is natural that they will advise me what to give and what not to give to others. It is much better to stay alone. I have managed to convince my husband of this truth. And that is why my daughter is able to rely on us. If we remain scared of others around us, we will not be able to do anything for anyone. Society has many rules; you do not have to abide by them all. I do not worry breaking rules that are based on selfishness."

I carry with me the clarity and the spirit of such conversations as hope for the future.

How have the changes in farming affected women’s lives?
The mechanisation of agriculture in Punjab and other states impacted by the green revolution has implied the retreat of women from some key aspects of agricultural production. Capital-intensive agriculture has changed the entire scenario; the peasantry is no longer as self-reliant as it has been. The increasing need of cash inputs has only increased indebtedness and dependence on private money lenders in a big way where the small and marginal farmers are concerned as well as the huge community of agricultural landless labourers. And there is total non-availability of wage work too.

Even when reports of farmer suicides come in, not many mention the plight of women in these areas. They are a collateral damage.
The peasantry is a community and the labour of the entire peasant community is involved in agricultural production. Women are not wives of farmers but farmers themselves. There is an extended range of work that goes on round the year. A suicide is only the tip of the iceberg. In every household that has seen a suicide, there are many others equally affected or even more. In every village, there are several more on the verge of suicide. If we are serious to change this, we need to look at what is happening to agriculture itself.

What about the dowry issues?
Women are the most affected but it is not a women’s issue only. Dowry is inextricably linked to the Brahmanical practices of a propertied society. Its practice percolates down to those who can barely eke out an existence. The women’s movement stopped short at addressing issues of inheritance and property rights ...The left movement looks at it as a social issue only. It can be thrown out as a practice by a massive awakening in which all streams of society come together.

You've written about the obligations under patriarchy are driving men to extremes and similar instances...
Society lends itself to men’s self-perception as bread winners. The dismantling of working class communities and the peasantry makes these obligations far more uphill for men. When society and state is failing us, when the economy is failing us...these rigid roles become death traps!

How do you look at rural job guarantee scheme NREGS and its claimed role in empowering rural women?
There’s some bit of NREGS in the Doaba region (North Punjab). These initiatives do not in the least make up for the dismantling of macro level structures and the collapse of agriculture. And such questions too prevent us from addressing key issues. Do you think a 100% successful NREGA implementation makes up in any way for the dispossession of the majority in this country?

Similarly, what about the microcredit initiatives from private players...?
One of the biggest hoaxes of my times where women are concerned! The World Bank and IMF made a fast buck from poverty too with the cheap propaganda of women being entrepreneurs. Even NGOs who invested in SHGs have woken up to the reality now.

What should policymakers do?
Well, you cannot dismantle the master’s house with the master’s tools! We have to think beyond the framework imposed by the state. Meanwhile, social security for these women and complete unconditional loan waivers are a must. This is the interplay between reform and revolution.

So, tell us how difficult was it to put the book together?
Not in the least, I confess. The empirical research via the field work was intense and all consuming. I learned so much. At the same time, it helped me voice festering questions and test many hypotheses. The yawning gap between feminist politics and feminist practice became clear to me showing directions into the future. It is for the readers to ultimately judge... No obstacle seemed insurmountable...perhaps because I was giving expression to many thoughts and observations after living with them for years.

What according to you is the hardest part of being a writer?
Expression! The mind is so much in turmoil and the heart is far heavier ...but what emerges in writing is a pale comparison! Fine-tuning all that needs both patience and rigour...I am learning all that too.

What are you reading now?
The New Mole by Emir Sader and Against the Madness of Manu by Sharmila Rege