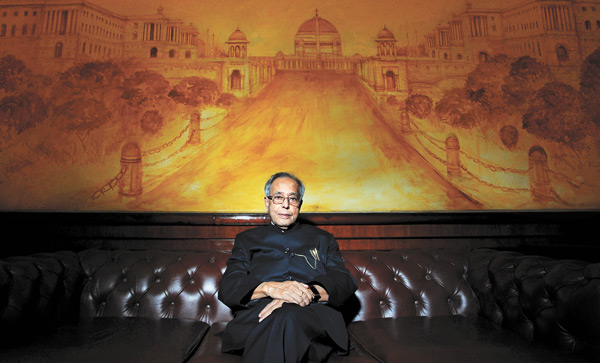 Why didn't you consider a broader accelerated depreciation?
I have provided it for certain sectors. Everybody is getting a partial benefit of depreciation. The demand was to allow it to everyone, but I could not do that.

Why didn't you raise the tax exemption limit to Rs 3 lakh? That would have offset the kind of inflation they are facing…
Whether it should be Rs 2 lakh or 3.5 lakh is a value judgment. DTC's original proposal was Rs 2 lakh, so I went with that. I had already increased the exemption limit the year before and I was moving towards the DTC suggestion, which was Rs 2 lakh. Inflation hits everyone. But these income tax exemptions are meant for very few. There are only 3.5 crore people paying income tax in a country of 121 crore people, so it is not a question of revenue foregone but one of equity. To neutralise inflation, we can increase, say, the dearness allowance or the exemption limit. But what happens to the unorganised and daily wagers?

Almost Rs 2 lakh crore is lost in the different area-based and other exemptions. Why didn't you pare these?
I am moving towards a single rate tax system without a plethora of exemptions. In fact, that is the main objective of the DTC. If you examine it carefully, we have implemented the original DTC on the personal income tax front. We have withdrawn the exemption from MAT for SEZ developers. We have phased out many profit-linked deductions. The profit-linked deductions to Himachal and J&K have been allowed to be sunset. Similarly, a sunset clause has been introduced for production of mineral oil. The cascading effect of the dividend distribution tax has been withdrawn.

I could not fully implement DTC in this Budget as I received the final report of the parliamentary panel on 9 March. But DTC will be implemented in the course of this year. I had given weighted deductions for research and development, which are necessary since our investment in this is very low. Even on the indirect side, by moving to the negative list concept for service tax, we have indicated our intention to move away from an exemption-based system and towards a more equitable, broad-based taxation system.

What will be the financial implications of providing food security as proposed by the Food Security Bill? How much will you need to provide for that this year?
This is a bit hypothetical. The final recommendations regarding the Food Security Bill are yet to come from the Parliamentary Standing Committee. The amount will depend on at what prices we are buying and what we need. Every year, we are increasing the minimum support price (MSP) for wheat and rice and other commodities.
break-page-break
What is food security? One of the essential conditions is that you have to produce enough. No country can feed 1.2 billion people. Therefore, we have to produce this by ourselves and we have to provide enough incentives to the farmer so that they can produce more.

This year, food production of 250 million tonne has taken place not out of nothing but due to the concerted policies of this government. The MSP has more than doubled over the last seven years. The MSP for paddy was Rs 500 per quintal in 2004. This year it is Rs 1,080. Wheat was Rs 600 per quintal. Now it is more than Rs 1,200 per quintal.

Therefore, there is a subsidy element that goes into it. In addition to this, a certain amount has to be procured to be given to a certain section of the society at a pre-determined rate. It will, therefore, depend on the total quantum to be provided under the bill, the total coverage that is decided on. The final figure will have to be worked out.

Will that happen in this financial year? Have you provided for it?
I have provided some money for food subsidy. But I do not know when the final recommendations will come and when the Bill will become an Act. It may happen this year, but we don't know when this year.

How will you to meet your fiscal deficit commitments?
I have said in the Budget speech that except for food, I would like to peg the subsidy level to a certain amount. We are moving towards direct subsidies in some areas. Based on the results of certain pilot projects, we will try and give subsidies directly.

With the increase in excise rates and service tax, won't compliance fall and your projections go awry?
First, you must keep in mind that the excise rate was 14 per cent. It was cut sharply to 8 per cent and only then did it go back to 10 per cent and now it has gone up to 12 per cent. I have not gone back to 14 per cent. There were certain objectives with which this increase was imposed. GST (goods and services tax) is to be an alignment of the state and central taxes. We are suggesting that we have the same rate for goods and services. Keeping that in mind, there is justification for making the excise duty 12 per cent and the service tax at 12 per cent. Once the GST is operationalised, we will have to see that there is harmonisation of the rates.

There is a limit beyond which one cannot go and it starts to effect the elasticity, but we have not reached that as yet.

You have been amending double taxation treaties with many countries. What is the intention behind this?
We want to get the banking information; otherwise how do we fight the menace of black money? All the double taxation agreements — about 82 of them — did not have this provision because most countries do not want to share the banking records. Now, after the financial crisis and after the Pittsburg Summit where it was agreed that every country should ensure cooperation with each other, many reluctant countries — including Switzerland — have now agreed. We have amended 37 or 38 and the rest are on.

And what will you do once you have that information?
(Smiles) Then, we will go by the Income Tax law. Once we have the raw information, you find that someone has accounts and money in foreign banks. We can examine how that money is being earned and examine the required permissions from the Reserve Bank of India. But we cannot make that information public unless we are prosecuting and the matter is approaching the courts.