"We Will Focus On India" 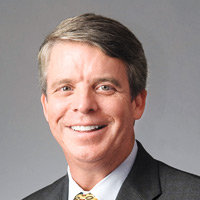 NTT Data has had a diffused identity, functioning through brands such as Keane, Intelligroup, MISI Company, The Revere Group, Vertex and AgileNet. Now you have brought all of them under the NTT Data brand and they will function under a single umbrella. Why the move now?
There will be no diffused identity anymore. Having a single brand enhances our market presence. We will encompass the rich history and deep expertise of each of the companies being integrated. This also provides us with a global scale and one voice while communicating with clients, employees and other stakeholders. The new unified identity also helps us leverage the power and reach of the NTT Group better and more effectively.

The new identity is just the icing on the cake. Look, we are executing an aggressive multi-year investment plan to further globalise the business. We have made nine major acquisitions in the past seven years. We bought Intelligroup (for $199 million) 18 months ago, Keane (for $1.2 billion) 12 months ago, Value Team nine months ago... Very recently, the Group picked up Netmagic. I am sure the major players have been paying attention to our acquisitions because we will be a fierce, global competitor.

Addressing scale in low-cost destinations is only part of the challenge. The other worry for NTT Data has been that the bulk of its work is still the commoditised, low-margin, system-integration business. How do you intend to fix this?
From a margin perspective and profile of work, everybody is moving all the time in a new direction. We have had industry-leading consulting services for more than 15 years. Also, I am not being defensive about some of the work we do... When the Indian IT players got their break fixing the Y2K problem, it was rewriting and fixing the Cobol code. Was that exciting work? Probably not. But the margins were good and they were large blocks of work. Application maintenance and system integration (SI) work will always be a large block, which everybody will address. Are our North American margins for SI work good? I would say they are fine and dandy. They might not be the same as a pure play offshore company, but they are above traditional SI guys. I am happy with our gross margins. I may not be a price challenger, but we do good margins, though we can always do even better margins.

The offshore, onsite mix of most Indian players is to the tune of 70:30 or so, with higher offshoring helping them get better margins. You are at 45:55. How will you address this?
Some of the Indian players are more like 85:15 and that is why (the margins)… We will change our mix by a little but we will never be like them, nor do we or our customers want us to be like that. The flexibility we provide to them is enormous. We will never drastically reinvent this part of the mix. Maybe 5 per cent this way, that way. Global delivery model is about delivering value.

Look, Indian players have been trying to crack markets like Germany and France, and I think we have done better by using Indian capabilities. Marv (Mouchawar, executive vice-president, global delivery)has built this capability.

NTT Data has been very aggressive in making acquisitions. All decisions are build or buy. What segments of the market will you address by acquiring companies?
We have had an interesting mix of organic growth even as we acquire companies. Everybody has been chasing the ‘cloud'. So we would look at whatever that can fortify us in this segment of the market. The recent Netmagic acquisition is an example of that. We have plenty of room to grow in Latin and South America. So geographically, we could look at strong players there. We have a very good industry footprint. We have a proven track record of industry expertise of delivering in a budget and on time.

In India, we want to increase our resource base from 10,000 to 15,000 over the next two to three years. India is a very important market for us.