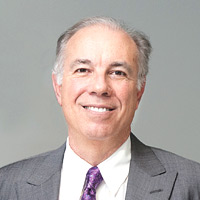 You and Microsoft have had a relationship of more than two decades. Citrix at one time used to be described as a large flea on the back of the elephant called Microsoft riding and adding value to their technologies. However, as Microsoft muscles into newer territories like cloud, is there a degree of friction in the relationship?
We are proud of our relationship with Microsoft. There are no points of friction and if anything there has never been a period of greater momentum in our relationship. Historically, we have had a great technical partnership. In the last 18 months, even as we have built on our technical co-operation, we have had more active go-to-market strategies.

The value we bring to the partnership is the value of anyness. We make windows consumable in any network or device. Going forward, both in Windows 8 server and client world we will bring the same value of anyness to any device, PC, tablet or smartphone.

As opposed to VMWare, which seems to be aiming for enterprise wide virtualisation, you seem to be much more selective in your approach in picking and choosing your battles. How is Citrix's vision of virtualisation different?
End user computing being intuitive and user-friendly, making people mobile, making them device independent, that is the competency, which Citrix has shown and this differentiates us from VMWare. In the data centre, we have specialised in the virtual infrastructure underneath the cloud network, as well as the next generation cloud platform which is not about server virtualisation but more Amazon style cloud architecture. Yes, you are right, our visions are different.

Maybe (VMWare) is like a pickup truck which will allow you to commute, to shop, to go camping, road trips and a lot of other things. But people still buy a sports car or a sedan because that is most comfortable for certain types of things. In spite of offering their (desktop) virtualisation solution on top of their server virtualisation, most analysts say Citrix has 60-70 per cent marketshare.

Sanjay Deshmukh, area vice president, India adds: "If you talk to partners or large customers the perception (which we may not fully agree with) is that while VMWare is the leader in server virtualisation, it is Citrix which is the marketleader in desktop (virtualisation) and apps. That does not mean that they do not have desktop virtualisation offerings or we do not have server virtualisation. But that is what the market perceives and they are broadly right. We would, obviously, like to do everything and increase our marketshare in server virtualisation too where we have 18 per cent marketshare. Our chances of growing in the server space are greater than theirs for the simple reason that they are trying to come from data centre to an end user which is a complex environment."

You are constantly spoken of as an acquisition target for the likes of Dell, or Oracle. How comfortable are customers in such an environment?
There is consolidation happening all the time, and we have been rumoured to be on the radar for a very long time now. If you are running a public company, you are for sale every single day. Our aim is to build a long lasting independent company. Our value is the notion of anyness which we bring and most large players are interested in selling their own stack rather than be open. So it makes more for partnerships in terms of anyness which we can bring to their technologies rather than be an acquisition candidate.

What is the role of Citrix India in your global operations?
Eighty per cent of our Indian operations are focussed on R&D and 20 per cent on support functions. We file as many global patents from India as from our US operations every year. India is important to us as a R&D hub as well as a fast growing market.