"We Have Taken The Beating We Had To..." 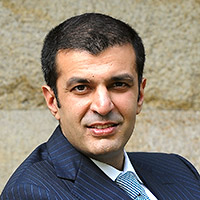 08 November, 2014
Print this article Font size -16+
The most audacious acquisition by an Indian company this year saw the $2.4-billion Gurgaon-based Apollo Tyres acquire US-based $4.2-billion Cooper Tyre & Rubber for Rs 14,500 crore. The deal, being financed solely by debt, has spooked the markets as shareholders reacted with shock and then with disdain, dumping the stock in large numbers. It closed Friday at Rs 64.75, a decline of 5.61 per cent over and above the 25 per cent fall on 13 June. The company has lost nearly a third of its value on the stock markets within two days of trading. BW Businessworld's Swati Garg spoke to Apollo Tyres' Vice Chairman & MD Neeraj Kanwar on the deal and the investor reaction. Excerpts from the exclusive interview:

The market has reacted violently to the Cooper acquisition, with the stock taking a 30 per cent beating in the past two days. How do you justify the premium you paid for the stock?
The premium we have paid is in line with the norm in the tyre industry where deals are being done in the 30 -50 per cent premium range. We have paid a premium of 40 per cent, which is well within the mean of the EBIDTA multiples in the tyre industry. Besides this, our reasoning for the acquisition was clear: we wanted a global scale and footprint. We are also getting additional distribution network in Europe and Americas, which are the world’s highest margin markets. That combined with the presence in India and China, which are the world’s fastest growing market, forms brilliant synergies.

When do you expect the stock to stabilise?
We’ve already taken the beating that we had to take. I’ve spoken to investors and explained the financing of the deal which was misunderstood in the beginning. We will not take the entire burden of the debt on the Apollo India’s books. We will take only $450 million of the $2.5-billion debt. The deal is, in essence, a leveraged buyout, a fact that didn’t come across clearly earlier. Now that it has, we expect the stock to stabilise.

Besides the global footprint, and access to international distributor networks, what are the benefits you are hoping to get from the deal?
We expect to save up to $80 million in the few years on just raw material sourcing since now we will have a clear pool. We will also be able to optimise procurement systems, besides and improvement in the R&D functions leading to a more standardised approach in the overall system of manufacturing.

Where in your opinion will the growth even come from in a world which is in the grips of a slowdown, and developed markets which haven’t grown at all in the past couple of years?
Cooper has grown at an average CAGR of about 16 per cent in the past 3-4 years irrespective of the slowdown, given their dominance in the replacement tyre market in these economies. Besides this, if you look at market-wise break up, China has grown at 9.5 per cent in this period, Apollo India has grown at 11 per cent. So there’s potential in the market for growth despite the slowdown. Also, the access to new markets will mean we can get products from India to these markets, where there is a demand for them. This will also translate into growth.

Why did you sell Dunlop to Sumitomo if an expansion in footprint is what you were looking for?
We didn’t own the global rights for the Dunlop brand, which resided with Sumitomo and Goodyear. We only had access to the brand in 32 countries, which didn’t amount to anything much anyways.

Will you rebrand Cooper as Apollo?
No rebranding of the Cooper brand will happen, since it is a well established name.
Tags assigned to this article:
exclusive to web news 9 in conversation apollo tyres swati garg neeraj kanwar cooper tire leveraged buyout