'Value Cars Will Drive Us Ahead' 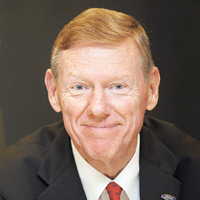 What would be your strategy for India in 2012? Will you be looking at manufacturing cars here?
We are growing in India by 164 per cent and you may say it's a dramatic jump. We are growing in relative terms, but not in absolute terms. We have 13 dealerships now, and will be adding 11 more in 2012. There is an opportunity to manufacture from here and we are investigating the possibilities, but we can't say when.

How much is Ratan Tata's involvement in the strategic decision making of JLR?
The involvement is little. We are a small company in the group. As a strategic investor, Tata is great. He has given us a lot of freedom and opportunity to grow.