'The Big Wild Card Is Political And Policy Uncertainty' 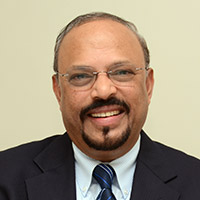 08 November, 2014
Print this article Font size -16+
Chief Investment Strategist with Prudential International Investments Advisors, John Praveen, predicts a year-end target of 21300 for the 30-share Sensex. Prudential International owns Pramerica Mutual Fund in India. “While we are cautiously optimistic on the outlook for Indian stocks for the rest of 2013, there are near-term risks given the global risks and domestic headwinds,” says John Praveen in an interview to BW|Businessworld’s Shailesh Menon.

Markets do not seem to be happy about the US Fed’s decision to shrink the quantitative easing (QE) programme. Your comment?
In our view, markets are over-reacting to the Fed announcement and Bernanke’s press conference comments. They feel the US Fed will start increasing rates once QE is tapered off. The Fed indicated that QE 3 could be tapered in late 2013 if economic conditions warrant. However, Bernanke clarified that while the US economy is improving, current conditions are still far from the conditions under which the Fed would begin to taper QE. Further, Bernanke also made it very clear that tapering QE does not mean that rate hikes are imminent and indicated that the Fed remains committed to keeping rates at current low through 2015. While the Fed announcement led to a big sell-off, markets are likely to calm down as Fed and Bernanke will reassure that QE buying will continue until late 2013, and that QE taper does not signal the start of rate hikes.

What impact will the shrinking of QE have on global markets?
When the Fed starts to slow asset purchases, it will have some impact on global liquidity flow. However, some of the other major central banks (Bank of Japan, Bank of England & ECB) are likely to expand their asset purchases and ease policies, which may offset the impact of QE taper by the Fed. Several emerging central banks are likely to deliver fresh rate cuts with inflationary pressures easing. Thus, the net impact on reducing global liquidity is likely to be small.

How is it going to affect India?
India is likely to attract capital flows once the market turbulence eases. Lower risk aversion (post the fears of Fed shrinking the scope of quantitative easing) and fresh policy easing measures by other central banks are likely to open capital flows to emerging markets including India. However, China has been trying to limit flows to prevent asset bubbles in the property market. Other big emerging economies such as Brazil and Turkey are facing political tension and FII are likely to avoid these markets in the near-term. Thus, markets like India can potentially attract capital flows, if the rupee stabilises.

Indian markets have received significant foreign inflows over the past one year. Will this trend continue?
In the near-term, India and other emerging market stocks are likely to continue to struggle due to domestic headwinds and global risks. Domestic headwinds are: 1) The RBI unable to cut rates due to weakness in the Indian rupee and concerns about the current account deficit; and 2) GDP growth is struggling below 5%. Global risks include fears about Fed QE tapering off, uncertainty about Japan stimulus, growth concerns in the Eurozone, growth disappointments in China and political tensions in Turkey and Greece. Fears about early Fed QE taper has resulted in significant capital outflows from India and other emerging markets. However, if the global liquidity concerns ease with the Fed reassuring about continuing QE though late 2013, and global growth picks-up, the global equity rally is likely to resume and capital will flow into India and other EMs.

What's your outlook for Indian equities market?
If the RBI cuts rates, the rupee stabilises, and the government makes some progress on the reform front, the Indian market can also rally. We have a year-end 2013 target of 21300 for the Sensex. While we are cautiously optimistic on the outlook for Indian stocks for the rest of 2013, there are near-term risks given the global risks and domestic headwinds. While the Indian domestic macro situation is likely to improve slowly, the big wild card is political and policy uncertainty. With Parliament elections due in 2014, the window to undertake reforms is small. However, given the shaky coalition, the risk is that the government may not be able to accomplish much. Nonetheless, if the government manages to push through some reform measures, global investors are likely to respond favourably. Thus, there is scope for gains by the Indian markets, especially if the RBI is more aggressive in cutting rates and the government surprises on the reform and policy side.