'Taming Food Inflation Is The Key As Rates Depend On It' 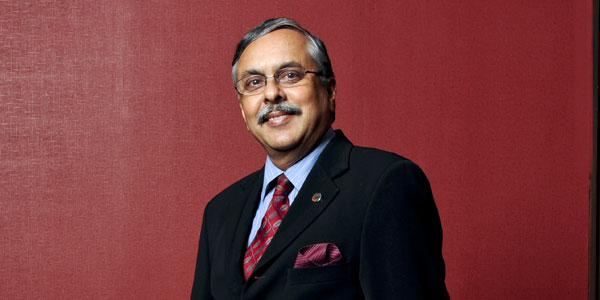 08 November, 2014
Print this article Font size -16+
Leading industry chamber Federation of Indian Chambers of Commerce and Industry (Ficci) states that the new government's decisions are striking a welcome balance between the needs of environment and development. In an interview, Dr A. Didar Singh, secretary general, Ficci, looks at several such seemingly conflicting promises – globalisation of trade and free trade agreements (FTA), revenue generation and liberal tax regime, farmer profits and consumer prices etc, and explains Ficci’s position on each of them in the context of possible budgetary interventions:

Environmental concerns have been slowing down project approvals for long. How can infrastructure development happen without compromising environment?
The single most important role that government has to play, besides law and order, is infrastructure development. When we talk about infrastructure, we are talking about interconnected mobility of the economy, for people, for goods, for services. It connects everything. So it is an imperative to maintain the level of development that you have achieved or want to achieve. And here, there is always going to be an issue of environment clearances (for projects). I think there is a process (for environment clearance) that has been put in place over the years and that’s how it has to be done. We are not asking to change those (environmental protection) laws. We are only asking to improve the process. If you have a system to track the progress of approvals online, you can plan things. Once the project person knows that the approval is going to take three months, then he plans his finances accordingly. And doesn’t get into the situation that lot of our infrastructure projects got into where they were supposed to start a project with 100 per cent clearances, they found that when they were about to start the project, not even 40 to 50 per cent of the clearances where in place. That is what is costing severe delays. Today we are sitting with a largest number of NPAs because of that problem. We have to reverse it back. Solve the inter-ministerial issue and put in place a prominent process both in the state governments and in the central government. That improves the process of giving environmental clearances.

On budgetary side I don’t think there is very much more that can actually be done except the fact that we need to continue to fund the infrastructure, ie the government end of the infrastructure funding. In India we implement it in the public private partnership (PPP) mode and if you look at the Planning Commission’s estimate of $1 trillion, 50 per cent is from the government. So the government share has to be provided for. And presuming that the growth story starts, we will begin to get bids from the private sector to ensure that their part of the capital requirements also come in.

Inflation is another tricky area. How can one balance the need for low prices at the consumer level and high profits to the farmer?
Our stand has always been that food inflation has to be controlled. But when we say food inflation, remember that is it only the tip of the iceberg. And food inflation doesn’t happen just by food arriving in the market but after a series of activities. So our stand is, please go for agricultural reforms and agricultural productivity. The whole process of improving the mobility of food in the country, addressing the question of regulations by which mandis are controlled, are all important. Without that you will not be able to control food inflation. Of course the farmer must get a good price, for which there must be better productivity. We believe that taming food inflation is absolutely the key as unless we tackle food inflation, the RBI is not going to ease the interest rates. And unless you ease up interest rates, private sector investment in infrastructure and other areas is going to be delayed or may not even happen. These are all interlinked issues and we need to look at them in an interlinked manner.

Ficci supports global trade, but opposes free trade agreements (FTAs) that facilitate global trade. Why?
We all know that when it comes to global trade, World Trade Organisation (WTO) is the best option as (it creates a) global trade environment which takes care of all these issues of mobility of goods and services. We also know that in the last 20 years or so, we have seen regional trade blocks emerging. India needs to export, as it is directly linked to our manufacturing. Given the manner in which the world is moving towards regional FTAs, India cannot but become a part of certain regional FTAs. In the entire SAARC region, we are the only region in the world where domestic trade is 5 per cent and 95 per cent of trade of all these member countries of SAARC is external to itself. We have failed in our own obvious backyard. So for strong economic, and trade movement we are compelled to look elsewhere. As a matter of politics, diplomacy and trade, we have signed some FTAs. First of all, signing of FTAs by India is a very new phenomenon. It takes ten to fifteen years for the benefits to be known. So far, there has been some improvement, there have been some blips also. That is why we are cautious about signing more FTAs at the moment. The point industry has been making is that unless we improve our domestic environment (infrastructure development) you will not be competitive. And unless you are competitive, (free trade, which is two way), may not be to your advantage.

Government needs revenue to fund projects. Industry needs liberal tax regime. What are your expectations from the Union budget?
We don’t say fewer taxes. What we say is that there should be a comprehensive look at the entire tax environment, and you have to increase the tax base. We want to increase the base, bring in efficiency into the taxation system and want the government to not make revenue generation as priority No 1 reason for tax collection. Tax cannot be the only form of revenue generation for the country. It is productivity and increase in the entire base and increased industrialisation, manufacturing services, which will automatically bring the benefits of taxation and revenues. We as industry association are not standing out there and saying that give me this relief and that relief. Ficci is saying we need Goods and Services Tax (GST) as soon as possible. And GST is a fairly high tax, let’s be sure of that. We are also saying that while you are waiting for GST to happen, there may be some inverted duty structures which needs to be looked at. We are not asking for reduction in income tax rate, or any of these so called sops. We are also saying there should be absolutely nothing retrospective. So please don’t misunderstand and say that we are only asking for reduction in taxes. No. The government needs funding, every democracy needs it and there is a way of doing it.

What is Ficci’s stand on inclusive growth?
Industry stands for equitable growth as anybody else. We completely believe the industry also has (and not just the government) the responsibility to pursue the development agenda. For several years, large number of industries, particularly the larger ones has been doing a lot of work. Call it CSR, call it philanthropy, call it whatever, we have been doing it. Now we find that in Companies Act it has become mandatory. We are not opposed to CSR in that context. We are asking two things here. One, if the industry has to really integrate with its local society it needs to do activities which are linked to its supply chain in some manner. And human resources is also part of the supply chain. So skilling people, looking after their health, all these activites are for the community as a whole, something that is needed and hence should be considered as CSR activity. Secondly, as far as the CSR requirement of 2 per cent of the net profits are concerned, it should be tax free. We are not saying give it up, we are saying to provide tax relief on that. Otherwise you are taxing upon tax.