'Stepping Up Public Infrastructure Investment Is The Way Out' 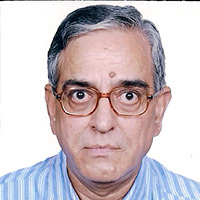 08 November, 2014
Print this article Font size -16+
Dr R Nagaraj, Professor, Indira Gandhi Institute of Development Research (IGIDR), Mumbai, on  his expecpectations from the first budget of Finance Minister Arun Jaitley
What are the key challenges before the new government? What is the way out?
The three main challenges are external financial vulnerability, deceleration of output growth after 2010-11, and an inflation rate that is above the socially acceptable level (though declining). The way out is to step up investment demand without jeopardizing the external imbalance and extending bank credit to agriculture and small enterprises to augment output of food and consumer goods to moderate consumer price rise. As the private corporate sector is mired in deep debt (with a large share of it in foreign currency), substantial fresh investments may not come from the private sector, unless, the government (and its banks) socialises the cost of the debt. So, stepping up public infrastructure investment is the way out, as public sector has significantly improved their financial performance in recent times (with large surpluses in its firms' balance sheets). Yet, the budgetary rules need to be tweaked to enable these enterprises to raise resources for augmenting capital investment.
How do you rate India's financial stability?
Though India's external debt-GDP ratio is modest at 21 per cent in 2013, its composition is adverse. A quarter of it is short-term debt, of less than one year maturity, and the share of debt at concessional interest rate is just 12 per cent.
External debt of the private corporate sector is under-estimated, since the official debt figures does not include the debt incurred by foreign subsidiaries of Indian companies that transfer their debt to India to take advantage of high domestic interest rate - equivalent to "carry trade" by financial firms internationally.  This accentuates the currency mismatch of the private corporate debt. That is, while the debt is denominated in dollar, revenue is in rupees, thus adding the cost of exchange rate volatility.

Given the rush of short term foreign funds into the country, what are the measures the government should adopt to minimise the risks of sudden outgo of such funds?
The flood of short term capital after the elections is a testing time for the central bank to soak up the dollars and prevent appreciation of the rupee, which adversely affects exports and increases imports. Yet, with improved employment situation in the US, the threat of a quick reversal of the inflow looms large as the US Fed is likely to reduce its bond buying programme. Moreover, if the new government's economic programme does not come up to the expectations of foreign investors, then again, there could be a sudden reversal.  Therefore, so long as India is dependent on short-term capital inflows to finance the current account deficit, economic policy will remain vulnerable to the fickle sentiments of foreign investors.
To overcome the external vulnerability, there is an urgent need to expand domestic production capabilities and reduce trade deficit, which has shot up during the last decade to close to 10 per cent of GDP.  External borrowing needs to be restricted to those projects that directly earn revenue in foreign currency to service the debt, to avoid the currency mismatch. Gradual imposition of restrictions on short-term capital inflows is desirable, without risking the obligations of meeting the current account deficit.
What should be the government's approach towards flagship social sector programmes of the previous regime? Especially food security and job guarantee schemes?
If the new government is really serious about creating large scale employment, it has to start with the rural economy, which constitutes 69 per cent of population and, agriculture, which still engages about 50 per cent of the workforce. NREGA is the ideal legal and institutional vehicle for productive employment to create rural infrastructure. For instance, the erstwhile NDA's rural road programme - Pradhan Mantri Gram Sadak Yojana (PMGSY) - can be re-energised with NREGA to link every village with a motor-able road.
Such a public investment initiative would integrate the markets, and stimulate demand for private vehicles and thus boost industrial growth.
Food security should be considered as a non-partisan national commitment to eradicating hunger, which should not be compromised at any cost, if we want to be counted as a civilised nation. Contrary to popular and political rhetoric, these programmes did not adversely affect fiscal deficit; if anything, expenditure on them remained either stagnant or reduced as a proportion of GDP after 2010-11.
Surely, both these programmes have operational difficulties. Yet, considering many instances of success - AP for NREGA, and Chattisgarh for perceptible improvements in public distribution system - there is considerable scope for learning from the best practices within the country.
It is hard to deny the fact that despite their shortcomings many of these programmes have contributed to significantly to poverty reduction, and a steady rise in real wages during the last decade. The new government needs to improve upon these, rather than undermine the accomplishments, as they strengthen the capabilities of the poor.
Tags assigned to this article:
budget top 2 igidr economic survey joe c mathew budget deficit budget 2014 run-up to budget budget 2014-15 dr nagarajan