'Smart Grids Are In Their Infancy' 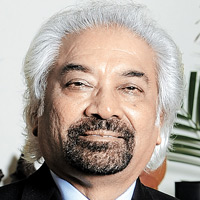 08 November, 2014
Print this article Font size -16+
Sam Pitroda, chairman of the India Smart Grid Task Force, spoke to BW's Yashodhara Dasgupta on the need for smart grids and the challenges that need to be overcome. Excerpts:

What was the thought behind going for smart grids?
The predominant reason was to understand and learn from global experiences and technology as to how it can help us in the Indian conditions. During the first meetings there were a lot of examples on how the Western world has benefitted and plans to use smart grids. My main thrust was a little different. I said look I don't need in smart homes in India. I really need to focus on one, how to use smart grids to reduce the leakage in the system because over 30 per cent of our power is stolen. Two, how do we create smart meters with wireless capabilities to provide proper a tamper proof, low-cost billing mechanism directly to the server. Our biggest challenge is the leakage and proper billing. I'm told that most of our power companies don't have good computerisation for billing. In this day and age, it is not acceptable.

What are the other aspects you are looking at apart from smart meters?
We are looking at various aspects. Smart metering is one of the aspects. We have decided to do eight trials but everything takes too much time in the government. Too many people are involved. We can't get focussed and get things done. Everybody has opinions. As a result, things get delayed. Our decision making process is a system which is not in tune with the technologies of tomorrow. We have spent three years and I'm not happy with progress we've made. We want to do 8 pilots. It's going to cost us a few hundred crores. We've identified the power companies to do trials. There will be different kinds of trials. We can learn different things from these trials and then we can scale up.

There is some degree of automation in the transmission network with participation of many MNCs...
We are looking at all of that. I also feel we need to develop our own products because this is a huge potential for us. Rather than importing stuff lock, stock and barrel, we need to develop local capabilities as well. We need to look at that too.

Which area is the main focus at the moment?
The main focus area is on how to use smart grids to improve productivity and efficiency of the system, how to create local capabilities. And at the end of the day, focus on affordability first, scalability second and sustainability third.  World over, smart grids is still in infancy. No one has used smart grids that effectively yet but everyone is using a lot of buzz words. It's too early to say. We are learning and hopefully, the next couple of years can give us some clarity.

There are 14 pilot projects in the distribution side. But none have been commissioned yet...
That's because the tendering process is taking too much time. There is very little trust within the system. So there are checks and balances in the process and we lose lot of time. I'm trying my best to speed it up. If I were to make all the decisions, the situation would be very different.

Some say it is because of the delay in the funding that has to come from the Cabinet. Is that correct?
I don't think funding is an issue. There's never enough funding in India. That's the way developing countries. It's an excuse you can use any time. Everybody wants more money from the government. The government is sensible. We give money where there is a right reason.

What do you need for smart grids to take off?
That is part of the trials we are working on. Unfortunately, they are taking a little bit longer than I would have liked. Resistance to new ideas is a part of the package. If you don't like resistance, then don't try anything new. Every new initiative is full of criticism, suspicion and cynicism.

Are there any examples in the global field that we can adopt?
It's too early to say but we are monitoring all of that.

How do you rate the progress? When do you see this taking off?
To me, it is a process and not a product. The process has started. I would like it to be faster but at the same time, we need to carry other people's opinion, give people time to learn. Different people have different pace of doing things. But I know it can expedite. In next two-three years we should have a better feel of how we want to go ahead with this. I'm very hopeful.
Tags assigned to this article:
magazine power grid interview power scada mnc yashodhara dasgupta sam pitroda tata power power crisis tpddl india smart grid task force magazine 21 january 2013