'Robust IP Environment Is The Road To FDI' 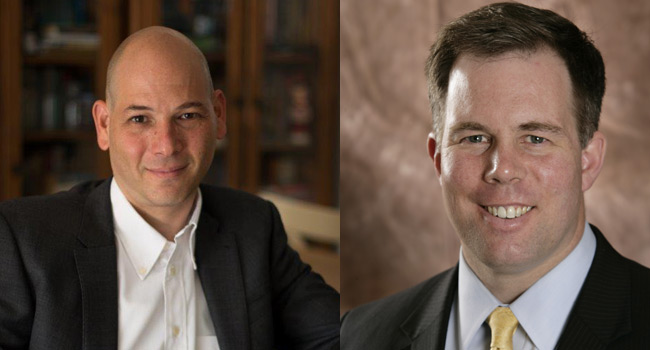 22 May, 2015
Print this article Font size -16+
What is the methodology of the IP Index and India's ranking?
Meir Pugatch: The GIPC Index is based on the methodology that looks at 30 indicators across 30 countries. The indicators are related to different sectors: copyright industry, pharmaceutical industry, the content industry and the ICP sectors. Furthermore, the indictors also look at the application on ground. Finally, the Index also looks at the membership and notification of international treaties. Taking into account the different sector needs, looking both at the legislative level as well as the practical level, the Index is composed.

A country can get a score anywhere between 0 to 30. That is how the ranking takes place.

What is India's ranking?
Meir Pugatch: India is ranked quite low. Amongst the 30 countries, it comes second from the bottom.

The GIPC Index lists only 30 countries. Why doesn't it includes all the WTO or WIPO members?
Meir Pugatch: When we started, the GIPC listed the countries most relevant to the economic activities. Describing the methodology and the Index in terms of its overall process is a very labour intensive task, one cannot add too many countries at once. So the prospect is to add 5 to 7 countries each year. So the next year we will have 37 countries. We are aiming to gt to 50 countries at the end. We look at 5000 source points and it would be an almost impossible task to add all WTO countries. We are gradually adding them. For now the 30 country index is what we have.

Patrick Kilbride: It should be noted that the GIPC Index includes countries from a wide range of geographies, different levels of development, different size of the markets, so it is a broad list. The next index will include 37 countries. One of the important considerations is that we expand the sample and make more conclusions about the state and not just the environment for the IP in the national economy but also in the global economy. That's going to be an important contribution to the ability of the policy makers and business leaders to look into the broad landscape and take decisions on where to go

Why should India work according to a policy which is not formed keeping keeping in mind the India's social reality?
Patrick Kilbride: The underlying message of the Index is that when the countries invest in a legal framework for intellectual property, they stimulate domestic innovation as well as investment from a wide range of industries and it applies to every level of development. Every country has the opportunity to empower small scale entrepreneurs by putting a legal framework that captures their ideas as an asset that can hold monetary value. It is effectively what an intellectual property right does. If you are a small scale entrpreneur and you have an invention which you eventually want to make into a commercial product, its intellectual property that will back it.

What is the social and economic impact of an effective IP regime?
Patrick Kilbride: This year we have done a number of statistical corelations that show a strong positive relationship with the strong IP environment at one hand and a number of social goods on the other. Among them is increased job creation in high valued industries, stronger fund direct investment, increased research and development spending, increased output in creative industries and a number of other more specific types of relationships.

What are your perspectives on innovation to address the chaning environment?
Meir Pugatch: I think that it is within the social interest to have a robust intellectual property environment. In India there are few steps which can be taken in short term that can significantly improve its overall score but more importantly its input and output in the terms of IP. The first one will be the computer implemented technologies that are today so much linked to the world of smartphones and digital works.

The second one is to introduce regular data protection which would allow both local innovators as well as the multinationals to have the additional layer of confidence which is required while launching new medicines. Also, there is a need to better streamline copyright efforts towards a more effective enforcement mechanism that would create and allow the Indian innovators and creators to get the reward of their own creation.

Lastly, I could also see signals from the Indian government that the willingness to use compulsory licenses in method would be held at bay. This would be like the elements that I would recommend.

There is a wide scope for India to improve its score overtime. It's not something you want to do overnight. So the areas to focus is to allow ICT industry's innovators and inventors to use the innovation in a structured way, to allow the local pharmaceautical innovators as well as multinational companies to better use the regulatory data protection, to ease and even eliminate the threats of using compulsory licence where there are some disagreements and use other tools which are more gentle and allow negotiation and finally to allow the creative industry in India to reap out the rewards of its won creation with a better enforcement mechanism.

How independent can an entity be which is associated with the US Chamber Of Commerce?
Patrick Kilbride: The index is intended to represent the views of Intellectual Property Stakeholder Community. So inherently the assumption is that the Intellectual Property protection is a good thing. It measures how well various countries protect Intellectual Property. The way the Index should be used by the governments is the business community telling you when where and how much to invest. For countries that are interested in attracting the foreign direct investment, this is a roadmap to how to get there.

Meir Pugatch is the Professor of intellectual property, innovation and entrepreneurship at the University of Maastricht, the Chair of the Health Systems Management division at the University of Haifa, and the Managing Director of Pugatch Consilium. He is also part of the team that took part in the construction and authorship of the US Chamber’s International IP Index