'Rising Cost Of Aviation Fuel Is A Major Callenge' 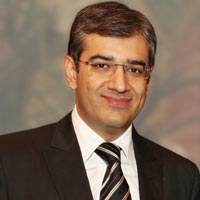 08 November, 2014
Print this article Font size -16+
The Indian aviation industry has emerged as one of the top aviation markets in the world with a massive movement not only in domestic and International sectors, but also the freight carriage. The sector went through a turbulent phase in 2012 facing multiple headwinds which hindered its projected growth - increasing oil prices, decline in passenger traffic and liquidity constraints jeopardised the economies of some airlines and drained their limited financial resources.

In 2012, the government initiated a series of measures to provide a fillip to the sector including FDI permission, direct import of ATF, lifting the freeze on international expansions of private airlines and financial assistance to the national carrier to address the concerns surrounding the operating viability of Indian carriers. However these steps alone may not be able to address the fundamental problems affecting the industry.

Indian aviation industry has felt the brunt of aggressive price cuts, rising costs, increasing price of jet fuel, depreciating value of rupee and high interest payment. Rising cost of aviation fuel is one of the major challenges faced by the Indian aviation industry. The cost of fuel for Indian carriers accounts for nearly 45 per cent of the total operating cost which is around 34 per cent for most operators in other parts of the world.

Sales tax as high as 25–30 per cent levied by different state governments is one of the major reasons of the hike in fuel prices as direct import of ATF was not allowed until recently. Other contemporary challenges for the sector are: increasing airport user fee to be paid by Indian carriers; insufficient infrastructure; need for investment in regional infrastructure; lack of new airports; shortage of skilled and trained manpower and lack of regional connectivity. Unpredictable nature of business and high risk makes the aviation sector a very restrictive industry for a majority of the financial investors to even consider investing in the sector.

Therefore, we certainly hope that the government will look at addressing some of these key issues that cripple the industry and force them to indulge in unhealthy competition and price wars. Improving the infrastructural constraints will bring down the high aviation cost and help stimulate overall growth of the industry. Further, with FDI being allowed, Indian aviation sector has the potential to grow at the rate of 120-130 per cent as more international carriers will look to invest in domestic airlines. Hence, there is an urgent need to have a strong regional infrastructure as foreign airlines will look at a strong infrastructure base before investing.