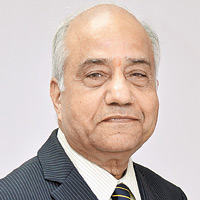 08 November, 2014
Print this article Font size -16+
The metaphor of the Ambassador car is a constant when you speak to Justice B.N. Srikrishna, a former judge of the Supreme Court. To him, the way we moved from the once omnipresent vehicle to newer variants symbolises all that is happening in India today. Everything was fine with the car, he says, and we really did not need an upgrade. Yet, upgrade we did. The resultant change was epochal. The former judge aims to usher in a similar epochal shift.

The draft Indian Financial Code from the Financial Sector Legislative Reforms Committee (FSLRC), which he chaired, proposes to replace a clutch of financial regulations. It also calls for doing away with multiple financial regulators and replacing them with a super regulator. That said, the draft, submitted to the finance ministry in March, has been hailed for placing the consumer at its core. Predictably, the prescription for an overhaul of the financial structure has invited criticism — mainly on how it would impinge on the autonomy of the Reserve Bank of India (RBI) and how, in an effort to uphold the rights of the regulated, it goes to the other extreme of introducing too many checks and balances. In a candid interview, Justice Srikrishna talks about the rationale behind the big bang reforms in the financial sector. Edited excerpts:

The biggest criticism levelled against your report has been that you have interfered with the autonomy of the central bank, notably in taking away the RBI’s power to control non-FDI capital inflows.
Capital inflows are a political decision, whether it has to come from China or Hungary — or whether it should come at all. Having taken a political decision, the government will have to make regulations on how this will be done. Of course, it will be done in consultation with the RBI. And the RBI will have to make further regulations and enforce them, but what we are saying is that the government has to take the decision.

The problem today is you have the Foreign Investment Promotion Board (FIPB) and half a dozen departments, and in between them the investor does not even know where he stands. Ideally, there should be one particular department that deals with all.

But remember, this will still be done by the RBI ­under the rules laid down by the government. Under the new ­financial code, the regulations will have to be made by the regulator. Also, before framing the rules, there will be top-level consultations where the RBI will inform the government about its problems with external commercial borrowings and other non-FDI inflows. I’m sure the government will respond. Why do you assume that the government will always be ­irresponsible?

But was there a need to change the status quo in favour of the government?
Things are working, I grant that. We are not saying things will not work. But 15 years down the line, if we want to be a $35-trillion economy, do you think the RBI’s current method of working will work? We cannot have an ultra-conservative attitude. If we prefer to walk (instead of driving), there will not be an accident. Or if we follow a speed limit of 40 km an hour when we drive, we might not have an accident; but can we afford to go at that pace?

Plus, banking regulation is left to the RBI. In monetary policy, the government will have to do what is legitimately the role of the government. We assume that the government will not do its job, only the RBI will. But what if the situation reverses tomorrow? What if the RBI loses its bite one day? You can say that institutional responsibility is changing. The government is required to make clear and definite rules. You operationalise those rules in consultation with the RBI. And the RBI will implement them.

The other move that has drawn criticism pertains to taking non-banking finance companies (NBFC) and housing finance companies out of RBI’s control...
As far as deposit-taking institutions are concerned, if any institution takes deposits, it has to apply for and get a banking licence. So, as far as deposit-taking goes, there are no difficulties because it automatically comes under the RBI. Regarding NBFCs that don’t take deposits, what is the concern? Banks will have to lend to them as per prudential norms. Banks give you money based on your exposure; they have guidelines to follow.

More importantly, they are not free. The other regulator (UFA or Unified Financial Agency) will deal with them. If an NBFC takes money from somewhere and gives it to the people and people don’t repay, who is going to be hurt? It’s the NBFC, not the bank. The economy is not going to be hurt.

Secondly, look at the exposure of large industrial houses, which is much more than the small NBFCs. By this logic, are you going to control them? Deposit-taking is the point where the consumer is going to be hurt. In fact, these rules will be more comprehensive than the current ones because now there may be deposit-taking institutions that don’t have banking licences, and they will be forced to come under the RBI.

That is a welcome change in the draft financial code. The focus has shifted to the product rather than who will govern. For example, in the Sahara case, they spent months arguing what the exact character of an optionally fully convertible debenture or OFCD was.
Yes, the arbitrage of regulators will go. The unified regulator will just ask you, what are you doing? Are you doing anything that is bad for the consumer? Never mind if the product comes under pensions or insurance or the securities market, what you have done is wrong and must be regulated under the code.

People forget that regulators exist to serve the public and not the other way around. Start from the public and see what is necessary. Ensure that gullible people are not taken for a ride. If that is not done, what is the benefit of all the regulations?

But when you say anybody aggrieved by any regulation can directly appeal to the tribunal, will it lead to giving people a licence to stall decisions by going in appeal?
So what? Let them do that. The regulator cannot make rules overnight. Before he makes a new regulation, he should in advance say why he is doing so and what he wants to achieve. If all that is in the public domain, why should the tribunal take so much time to decide on it?
The problem is our regulators don’t want to be questioned. If you are saying that according to prudential norms, capital adequacy (ratio) should be X, is somebody not entitled to ask why X?

But isn’t that a subjective decision? Doesn’t it mean you will need judges in the tribunal who can rule on something like this?
It is a matter of the ability of the government to carry on with it. That cannot be my responsibility. My job is to lay a road map. If you want to crawl along it, or you want to walk, or run, or drive a Ferrari on it, that is not my concern. My job is to show the road map.

The commission has recommended merging regulators of securities, insurance, pensions and commodities. But there is another set of bodies with the status of regulators...
Yes, seven entities are there. But strictly speaking, there are only two regulators. The others — such as the Resolution Corporation and Financial Redress Agency — are only for their fixed functions.

They are needed. For example, you have a banking ombudsman; so, no bank has the guts to challenge it because the ombudsman is an RBI officer. Why can’t you have an independent regulator that is an appellate body to look into such decisions.

Which raises the question of how the Competition Commission of India (CCI) fits into this picture. The code suggests a process for exchange of suggestions, which can be convoluted and dilatory, with the CCI having the power to overrule. Should that not have been avoided?
But the competition commission can overrule even today. Can any regulator permit anything that will affect competition? Everywhere the competition commission has the last word. Why can’t they continually exchange ideas? We find it to be  slow only because we are used to (a process where) one file moves from one office to another, which takes a lot of time. That should change.

The central theme running through the draft financial code, which many have lauded, is that of consumer empowerment, mainly in the form of the Redress Agency. What were the deliberations at the commission that resulted in this becoming the central theme?
We seem to forget that the raison d’etre of the regulator is the consumer. So let’s start with the place it should really begin at.

The consumer should get what he is entitled to. What are you doing for him? The consumer court will settle car disputes, telephone disputes and so on. But do they have the expertise on financial products, (to check) whether there is any element of mis-selling or wrongdoing? This requires expertise. A dedicated consumer forum for this is required.

Yes, and also you have clauses such as ­unfair terms in non-negotiated contracts that can be challenged subsequently. But doesn’t that simultaneously pose a huge risk for companies in estimating their potential liabilities?
But that is such an important thing. Even educated people like me — maybe because of lack of time, or because we don’t understand — end up signing where they ask us to sign. Shouldn’t there be some way that companies — if they are selling one product to the public at large — know what they are doing?

On the issue of regulator accountability, the draft code comes at a time when there is much distress about regulatory high-handedness and the inability to challenge regulatory decisions for the most part...
Let’s say one day a regulator says that 300 forms have to be submitted for something; does anybody ever ask what is the cost of compliance and who is going to benefit? The businessman will pass the burden of such compliance onto the consumer. Why can’t regulators start by asking themselves what they are looking to achieve and what they are trying to avoid. I thought it was elementary. Because it is not being done, we have to spell it out.