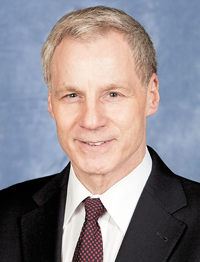 What is the concern around transfer pricing between the US and Indian firms?
The concern is two-fold: Transfer pricing is ad hoc and unpredictable, and, once there is a dispute, resolution is glacial. This is bad for business, period. This festering uncertainty drives companies to other markets.

What is USIBC's concern on the National Payments system?
Erecting a domestic National Payments System that excludes international expertise is retrograde and antithetical to the entire notion of economic liberalisation. It sends a very discouraging signal: that India is not really open to foreign direct investment.