‘Municipal Bodies Must Be Self-sufficient ’ 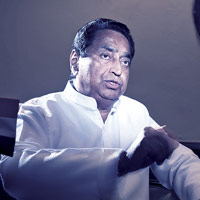 Seven years after the central government launched the Rs 1 lakh crore urban infrastructure programme, the Jawaharlal Nehru National Urban Renewal Mission or JNNURM, preparations are on to launch its second phase with a massive investment plan of Rs 2.09 lakh crore. Urban development minister Kamal Nath speaks to BW’s Joe C. Mathew about the learnings from phase I and his plans for the next phase. Excerpts:

Q:What are the take-aways from phase I of JNNURM?
A:An evaluation of JNNURM has revealed a lack of capacities at the municipal and state levels . Weak governance resulted in unsatisfactory project implementation. Delay in procurement processes, non-availability of suitable contractors and land acquisition issues were also there. In the next phase we, therefore, propose to strengthen municipal entities as local governments with their own municipal cadre and own sources of revenue. User charges for water supply, solid waste management and other municipal services will be one way of revenue generation. Enhancing property tax coverage and collection and e-governance of all services are also proposed. Land-based financing sources — conversion charges, impact fees, etc. — will also help.

Q:What are the salient features of JNNURM II?
A:It is in the final stages of preparation and the exact allocation and sectors are yet to be finally closed. We expect it to be a significant increase over the first phase, and around $35-38 billion. However, the priorities as brought out in different plans, including city development and sectoral plans, and priorities of states will be the guiding factors in the allocation. The development work done in the first phase will also affect the funding. Some of the priority sectors will be urban renewal, water supply, solid waste management, sewerage and urban transport.

Q:What would be the ideal Centre-state share of investments?
A:Land and development-related issues fall under the State List. More central intervention may be achieved through the implementation of schemes that are largely funded by the Centre. Under such schemes, states may be required to undertake reforms in return for accessing substantial grants for implementing urban development policies. For progressive states, the ideal share of Centre-state stakeholding may be 50:50, but for other states, it will be 25 per cent state contribution and the balance from the Government of India. In the case of special categories like hill states and the North-east, the central contribution could be 90 per cent.

Q:How will you tackle the gap between infrastructure and growth in cities?
A:Census 2011 indicates an increase in urban areas by about 54 per cent from 5,161 towns in 2001 to 7,935 in 2011. The total urban population is about 377.1 million (31.16 per cent) of the total of 1,210.19 million. There are 468 cities with a population of over 100,000, of which 53 cities have a population in excess of one million. Of over 500 mega projects that were sanctioned under JNNURM, 120 have been commissioned. A multipronged strategy is required across ministries dealing with land, transport, infrastructure, etc. As we know, migration is inevitable, especially in a rapidly developing country with a young age profile. Developing adequate levels of urban-rural linkages and putting in place a statutory system of regional development will go a long way. Futuristic planning must respond to sustainability issues and my ministry has finalised the standards.

Q:How do you plan to tackle the land acquisition issue?
A:Increased efficiency of land use is not being addressed on a scale that it merits. More importantly, land monetisation allows generation of substantial resources. A comprehensive review of the master plan for Delhi is under way, and based on the large number of suggestions received, higher floor area ratio for hospitals as well as mass transit corridors are being considered. Compulsory land acquisition will be increasingly difficult, largely due to stakeholder concerns. An alternative may be a partnership approach.

Q:You have advocated new financing models, including private-public partnerships (PPP) in urban infrastructure projects. How far has this been successful?
A:Sensing the fund requirements of urban local bodies to create requisite infrastructure, the Government of India had set up a high powered expert committee (HPEC) in 2008 to estimate the investment requirement in urban infra sectors. The HPEC has estimated that the investment in this sector has to go up to 2.1 per cent of GDP by 2022. Despite the reforms proposed and the concomitant increase in the revenues of local bodies as well as higher allocations under JNNURM, the HPEC estimates a deficit of 0.39 per cent of GDP in infrastructure funding. This gap has to be bridged through innovative options like PPP. While various PPP models in the urban infra sector have reached a certain level of maturity (urban transport), they are still low in areas like sewerage disposal, storm water drainage, streetlighting, etc. JNNRUM funds have given a push to PPPs in these domains. We have identified a list of municipal corporations that can go for public borrowing in terms of municipal bonds to generate funds. We want others (urban local bodies) to raise funds for infrastructure development as well.

Q:Poor governance has often been cited as one of the reasons for failure in urban planning and implementation. How do you intend to tackle this problem?
A:Better governance is crucial for translating the large outlays of our flagship programmes into enduring outcomes. Along with strengthening of governance structures, we need to have better human resources. Administration and technical management of urban development must become more professional. Technology must be deployed to improve service delivery. We would also want capacity building to include training of elected representatives in urban governance issues. The globally accepted 4P framework, people-private-public-partnership, indicates that the role of people in urban renewal and management projects is crucial. Therefore, best PPPP practices and models must be deployed for India’s urban management agenda to succeed.