'MobiKwik Wallet Will Become A Way Of Life For Indians' 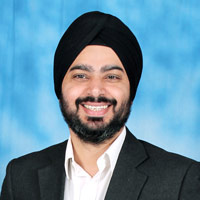 08 November, 2014
Print this article Font size -16+
Bipin Preet Singh, Founder and CEO, MobiKwik, started it with vision of making mobile payments easier. In an interview with BW Online, he spoke about his focus on market differentiation and building strong revenue strems.

There are so many services MobiKwik deals with. Kindly brief us a bit about the kind of services it provides.
Ans: Started in 2009, MobiKwik is India's fastest growing mobile wallet with more than four million users in India. The MobiKwik Wallet enables users to pay in a flash for their recurring recharge and bill payment transactions and to buy products on popular e-commerce Websites and mobile apps. Users can enjoy MobiKwik Wallet services on MobiKwik.com and on Android, Windows, iOS and BB mobile applications. MobiKwik also provides 1-click checkout payment solutions to eCommerce merchants.

MobiKwik, a mobile wallet company has announced the significant growth and several ‘industry firsts’ it has achieved in the current fiscal year. MobiKwik saw a rise of 600 per cent in revenues, closing the calendar year 2013 with a total user base of four million. Additionally, it was the first to launch a mobile consumer wallet and reach one million downloads for its Android. Nearly 10,000 new users sign up for a MobiKwik wallet every day. It powers more than 100,000 transactions daily, a majority of them via the mobile.

It aims to reach 15 million customers by the end of Calendar Year 2014.

Industry trends are aligned to provide MobiKwik the requisite growth. These trends include:
Smartphones to be ‘the’ smart choice of users: India is set to become the third-largest market for smartphones in four years, according to researcher IDC. Smartphone shipments to India are forecast to rise to 155.6 million units in 2017 from 27.8 million now, accounting for a 10.3 per cent share of the global market. India’s year-on-year smartphone shipment growth is expected to be the highest.

The increase in Smartphone usage has created a scenario where more and more day to day activities are conducted on the move. The MobiKwik mobile consumer wallet offers users the convenience of recharge, utility bills payments and online shopping at the tip of their fingers and on the move.

It’s an App world: The ubiquity of the Internet and smartphones has ensured a concurrent rise in the number of mobile apps on the market. Mobile Apps are a great way to access all of the things on the internet, can be both practical and extremely fun, and are a great way to increase the functionality of the device.

Across all platforms – Andoird, iOS and Windows, the MobiKwik wallet App has more than 2 million downloads.

How has been the journey like for MobiKwik? How has been the acceptance of your platform by Indian users?
The biggest challenge to start anything is getting an 'A' star team together. In 2010, I found an able partner in Upasana Taku, whose experience and motivation has been invaluable to our growth. Together, we hired a young but ambitious team who has done outstanding work in product development. Capital has also been a challenge from day one, however, mine and Upasana's personal savings helped us start from scratch; then the company started producing income to support further growth. We are very proud to be bootstrapped and profitable in a very competitive market.

Our story is an excellent example of winning consumer trust through amazing product experience. When we started we did not know enough or focus on marketing. We just focused on building a strong product which will give the user a great experience. Because of our product, we are where we are. Users discovered us on their own from Google.com, Google Playstore, WindowsPhone Appstore, Apple Appstore, etc. Once they had a happy experience with us they started parking money in their MobiKwik Wallet and that's the secret of our growth story.

Today with five million users who trust MobiKwik with their money, we have the largest number of active digital wallets in India. We do 150,000 transactions per day, most of them via the mobile (Mobile Apps, Mobile site, SMS, IVR). Mobikwik's Android App is the fastest growing wallet app in India - currently it has clocked 1.5 million downloads already.We are one of the top five Shopping apps on the Google Playstore for Android. Our iOS app is ranked number 2 in New Utilities category on the App Store.

The convenience, ease and security offered by the MobiKwik wallet has been key to its acceptance. As Indians start to use the mobile as an extension, literally like a limb, we expect that a MobiKwik Wallet will become a way of life for Indians!

What are the key trends that are driving consumer mobile wallet usage in India?
In the past 2 years, there has been a great deal of investment and focus on e-Commerce and www is the new shopping destination. It happened primarily because number of internet users crossed a certain inflection point. I personally believe that a similar inflection point for mobile commerce is already happening right now. The scale of m-commerce is currently less than 10 per cent of e-commerce and it will easily become 5x or 10x the ecommerce pie by 2016. In 2013, we saw strong investments on mobile properties of large merchants.  By 2014 if a merchant does not have a strong and sticky mobile property (an app or WAP site), it will be very hard to become a market leader.

E-commerce transactions are expected to reach 40 million and the online retail industry is expected to be worth Rs 7000 by 2015. A number of factors are driving e-commerce, including improved convenience, greater customer choice, improved/enhanced security measures and the simplicity of the transaction. Mobile commerce and the use of a mobile wallet is a natural extension to the popularity of ecommerce.

With the MobiKwik mobile consumer wallet, users can store up to Rs 50,000 in it and then use their wallet to purchase goods and services on third party merchant websites and mobile applications.

With the mobile device having surpassed PCs as the primary device to access the Internet in India in May 2012, the mobile will be the primary device used by most Indians to access the Internet and therefore to transact online. The mobile channel brings the biggest opportunity for retailers looking to sell to Indian consumers, a fact corroborated by the WorldPay's Global Online Shopper report. In the report, 72 per cent of Indian respondents owned a smart phone and 54 per cent expressed an intention to purchase via smart phones over the next 12 months. The report further found that 49 per cent of Indian consumers would prefer to purchase goods from a mobile optimized website, while 37 per cent would prefer to shop using an app.

Besides, India's youth population is eager to adopt new technologies to support a rapidly changing lifestyle. India's population largely consists of youth (15-34 years). According to a study by ASSOCHAM, India is one of the youngest online demographic globally; nearly 75 per cent of the online audience is between the age group of 15-34 years.

The m-wallet provides the young demographic a convenient and easy way to have cash on themselves. Within MobiKwik's own customer database, a majority, nearly 90 per cent are between 17-44 years of age.

Our projections indicate that in the next 5 years, more than 300 million Indians would attempt to do their first digital transaction using a smartphone. We hope that this first transaction will be completed via a MobiKwik wallet. For users who are getting on the Internet for the first time using their mobiles, the exhilaration of being able to pay and purchase something is life changing! That's why we have a very loyal user base that is growing at more than 400 per cent year on year.

After Mobikwik launched its mobile wallet, Paytm also followed and launched its semi closed mobile wallet Paytm Cash Wallet in the same lines. What you have to say about it?
We have focused on the Wallet as a product, since our inception in 2009. We have acquired consumer trust in a big way in 2012 and 2013 and today we have the largest number of active digital wallet users in India.Getting people to park money in the wallets is not something most wallet companies have been able to achieve.

Having competition is healthy and will help drive more mobile Indians towards wallet acceptance.

Your future plans...
MobiKwik aims to fulfill its aspirations of providing an easy and convenient way to pay using a mobile phone. The company has pioneered the concept of a digital wallet in 2009, way before any other e-commerce company thought about it. Now, we plan to extend the scale of MobiKwik wallet across Mobile Apps and Web. We also plan to launch services such as a bill payment or a movie booking on the mobile or ordering a Pizza when you don't have cash, Mobikwik wallet will help you pay anyone, anywhere, anytime.  MobiKwik will also launch India's first P2P transfer service on mobile, turning it into the defactoPaypal of India.

Our projections indicate that in the next 5 years, more than 300 million Indians would attempt to do their first digital transaction using a smartphone. We hope that this first transaction will be completed via a MobiKwik wallet. For users who are getting on the Internet for the first time using their mobiles, the exhilaration of being able to pay and purchase something is life changing! That’s why we have a very loyal user base that is growing at more than 400 per cent” year on year”, said Bipin Preet Singh, CEO & Founder, MobiKwik.
Tags assigned to this article:
interview android ecommerce web exclusive ios mobikwik bipin preet singh mobile app mobikwik wallet google playstore upasana taku