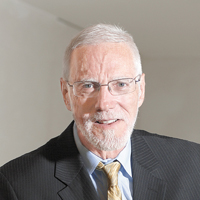 08 November, 2014
Print this article Font size -16+
Thomas Nagle’s 1987 book, the strategy and tactics of Pricing, went on to radically alter people’s understanding of the concept of pricing. Earlier, pricing was dominated by a model which sought to optimise the price of a product for the existing demand. Nagle’s book broke this model and he went on to become one of the foremost authorities on pricing. Nagle tells BW’s Prasad Sangameshwaran about the common mistakes made by marketers when it comes to pricing, and how companies such as Apple and SABMiller have succeeded where others have failed. Excerpts:

How is strategic pricing any different from the normal concept of pricing?
Strategic pricing is not about passively reacting to what customers are telling you. It’s about proactively managing that negotiation. Most companies educate their customers on bad behaviour by giving the impression that the best way to get better prices is by being a bad customer. The way customers get better prices is when two-three competitors bid on every deal, rather than when customers call and say: “I want to do business only with you.” If customers resist the offers of the sales representative and don’t accept any offer until they have driven it all the way up to the senior VP, somehow they get better prices then as well.
So what are the companies doing here? They are basically training the purchasing departments of clients on how to beat them up, because they are totally reactive. Strategic pricing is mostly about teaching companies how to manage the expectations of their customers now rather than wait to decide what information they need to withhold from the buyers.

How can companies get better prices?
By telling clients that if they help the company in cutting the cost of operations, they can expect better prices. That also means that clients must not hoard their orders till the end of the quarter, but give the company predictable orders all through the quarter and by not getting the company to bid against two other competitors. Clients must be told to expect better prices if they give more volume this year than they did last year. To structure pricing in a very different way, companies have to structure negotiations in a very different way. That’s not price optimisation but price and value management.

Which companies are managing pricing in a proactive manner and doing it well?
Intel is an excellent example of a company that’s managing pricing proactively. In a consumer market, it’s SAB (South African Breweries, which is now called SABMiller).

So many companies think that the key to profitability is to build market share. Interestingly, what happened with SABMiller was that because of sanctions against South Africa, they could not extend market share to the rest of the world. They were forced to focus on operations. Because they were constrained in their ability to purchase and in costs, they became operationally very efficient. When the sanctions came off, SAB was the most efficient brewer in the world. They could brew a very good barrel of beer at a cost lower than anyone else. Having higher margins, they were in a position to go around the world and acquire other companies that were not as efficient and make them efficient.

Most companies think that they must focus on the topline first and, once they achieve market share, then think about profitable pricing. Such companies have got it completely backwards. Whatever the size of a company, it has to figure out a way to do business more profitably than any of its competitors. Then it does not need price to grow market share. It need not sacrifice margins to grow market share. Rather, it will have the margins to be able to fund marketing activities such as advertising or put more sales people out there or encourage more R&D that will enable them to grow market share.

Is a dual pricing strategy the way forward? Apple, for example, sells phones exclusively at telecom carriers for a contract price and through retail stores at a higher price...
The trick is that Apple is not making any less money when it sells phones through AT&T. Apple is to AT&T what the diaper is to Walmart. The Apple phone in the AT&T store brings people into that store.

How did Apple get pricing power when it introduced the very first iPhone?
When Apple came in with the first iPhone, all the pundits said it was a great phone but Apple had overpriced it.

A common mistake that companies make when it comes to pricing innovation is in thinking that they have to price it low while entering a new market or segment. However, most of the market is not going to buy it at all because they are afraid of making a mistake. And the people who are going to buy it are the early adopters who are not price sensitive in the first place. So the job of a company is to set a price that establishes the value of its product in the market. As prices come down later, there is an anchor that is high and consumers see the later price as a bargain.