‘Liquidate Grain Stocks At Once’ 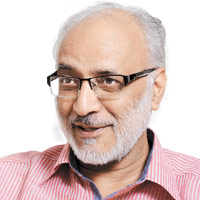 Indian agriculture is not dying, but it’s not flying either — it’s barely limping,” says Ashok Gulati, chairman, Commission for Agricultural Costs and Prices (CACP). The man in the advisory hot seat, recommending the price policy of farm products to the government, says that “the time for waiting is over” and shares his prescriptions to make agriculture fly again with BW’s Chitra Narayanan and Joe C. Mathew. Excerpts: