‘Internet Of Everything Is The Next Wave’ 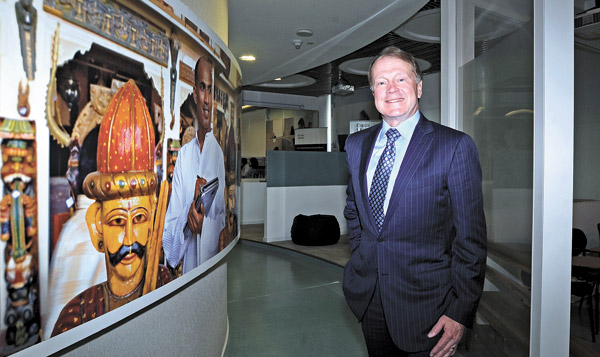 08 November, 2014
Print this article Font size -16+
For the past 18 years, John Chambers, CEO of networking giant Cisco, has steered the company through a series of technological shifts and market transitions. Cisco, which mainly supplies the plumbing on which global networks run, has annual revenues of $48 billion and gross margins exceeding 60 per cent. However, a combination of events, including the advent of software-defined networking (SDN) where it faces new competition and flux in the market due to phenomena such as cloud computing, Big Data and virtualisation as well as stagnating technology budgets, have presented Cisco a new set of challenges. In India recently, Chambers spoke exclusively to BW  on a wide range of issues. Edited excerpts:

Software-Defined Networking (SDN) is putting pressure on hardware margins. A section of the market believes that Cisco, as the incumbent leader, has the most to lose because of this shift...
Obviously we see this as an opportunity. Limiting the current transitions in the marketplace only to SDN may not be right. Fast transitions are happening in mobility, Big Data, analytics, cloud, and the role that software will play in this evolution. Cisco is software plus ASICs (application-specific integrated circuits) plus hardware plus services. SDN is an opportunity if we do it right. We have built the most complex ASICs not just in the communications industry but the whole (technology) industry.

Do I understand the critics? Always. Two-three years from now, we will be talking more than networks being programmable to virtual capability, where software is one element. If we do our job right will our software sales grow from (the current) $6 billion to $12 billion? Absolutely. But they will be integrated into our architecture.

You are competing with your partner EMC in SDN. When partners start competing, how do relationships work?
I thought partnerships would be the easiest; well, they have been the hardest. This issue of partners entering our business has always happened. Are we disappointed? Yes, but they will do whatever is in their best interest. But that allowed us to look at partnerships with Netapps, Citrix, Red Hat, Microsoft and IBM. If the partner changes the rules, then I am free to go (elsewhere). EMC is still a partner but we will work with others too.

Didn’t Cisco kickstart this round of fights because of its attempt to get into 30 related areas of business?
If we were only a router company today, we would have just 17 per cent of our revenues. If we were just a router and switches company, we would have just 48 per cent of our revenues. So we can’t stop from getting into new markets. We caught markets moving towards Internet protocol. So when data markets went to the Net, we moved. When it became obvious that voice would move to the Net, that is when people told us we couldn’t sell there; today we have a 65 per cent market share (in IP telephony). When video moved into IP, we brought Scientific Atlanta and NDS in the cloud and, now, when we see all devices moving to the Net, we have also moved. In hindsight, yes, 30 was too many.

You have talked about ‘Internet of everything’. How is Cisco going to take advantage of this opportunity?
The first generation of Internet was simple email and universities talking to each other. The second generation was the one we rode pretty hard, which was e-commerce. The third is the one we are currently in — the immersive experience of video, the cloud and social networking. We believe the next wave is Internet of everything instead of just Internet of things, which is pure connectivity. Internet of everything would be about people, processes, data and connectivity. When you have 50 billion connected devices and you gather data, so much can be done. It is more of an architectural play. Network is at the core of all of this and thus we are leading this next phase.

Are you disappointed with Cisco India’s growth? Your effort at having 20 per cent of your global leaders based here has had mixed outcomes...
We have bet huge on India. In six years, we have moved from 1,700 to 11,300 people in India. As a globalisation centre it has absolutely delivered. We are not here for labour arbitrage. In terms of R&D services, India has delivered.

What has been disappointing is that it has not been a win for us in business here. India represents less than 2 per cent of our revenues. I had expected it to move between 5 per cent and 7 per cent and eventually to 10 per cent of our global business. We must do better. We have grown only at 2 per cent a year for the last six years. Given how much we have invested and continue to invest, Jeff (White, Cisco’s India president) and the team needs to do better.

I think the point around leadership issues here is fair. There are some market issues and some leadership issues. Now that Jeff is here, those have been addressed. We want a fair shot at defence opportunities, public sector bids and in enterprise. We want this to be a win-win between Cisco and India.