‘Implementation Will Be A Political Decision’ 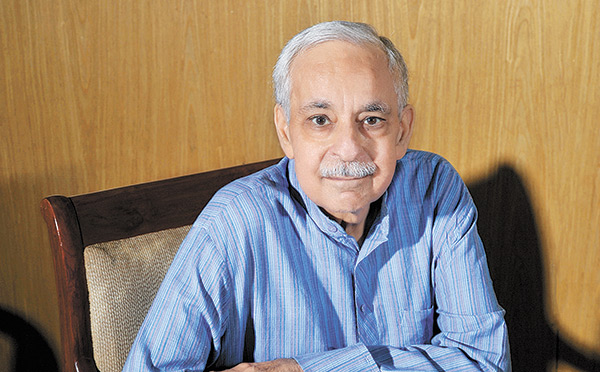 08 November, 2014
Print this article Font size -16+
The Telecom Regulatory Authority of India (Trai) has opened a Pandora’s box with its recommendations on media ownership and regulation. Should large companies, which are not in the media business, be allowed to enter and run television channels, magazines and newspapers? Should one media house that rules the roost in print be allowed to run television too? Should self-censorship be subject to checks and, if so, how? Should media companies pick up a stake in firms and offer them coverage and advertisements in return?

These are some of the issues that Trai’s latest report on media ownership tried to tackle, predictably with mixed reactions. While many agree that private treaties and self-censorship need to be checked, not everyone is convinced that curbs on corporate ownership are required.

Having drawn flak from the media, Trai chairman Rahul Khullar defends the organisation in a conversation with BW | Businessworld. Excerpts:

Will the recommendations be taken seriously by the government? What will the next course of action be?
The government has not spoken to me on this. The consultations for the report began last May and since the authority had other time-bound recommendations to make on spectrum pricing and so on, the media ownership guidelines have been issued now.

To take these forward, the normal practice would be to set up an inter-ministerial committee and get responses. In this case, it really concerns only information and broadcasting and corporate affairs (in terms of disclosures), but I think they will constitute a committee and go through the motions.

At the end of the day, what I am saying is it will not be an administrative decision; it will be
a political decision.

What stops the government from setting up committee after committee if they choose not to implement the recommendations?
In some cases, the recommendations are unexceptionable. What objection can anyone have to a regulator for the media (print and electronic) industry? We have said the regulator should not be stacked with media persons, else it will be ineffective. I don’t think anyone has objections to that. Appointments must be transparent and open. No one can object to that. Last, the government should not interfere in it. What is the problem with these?

On horizontal and vertical integration, there is the issue of disclosure. That is mandated by law in most cases anyway. All I am asking is that these be sent to the regulator and the information and broadcasting ministry. Why should anyone hide who owns what?

On the issue of horizontal (across media platforms — print, television, radio and so on) integration, there is some confusion. The basic principle is that in no market should one voice prevail across all media forms. Whether it is a newspaper or television, you should not have a situation where the ownership vests in one dominant player.

One way to work it out is to have a blind rule. One out of two, and you are out. But we felt that was not fair. The ultimate test is your market dominance. Then, why should we have a blind rule that rules you out altogether?

So, we set the following rules — Market dominance is relevant to a specific area. The relevant market is language-based, so the Andhra market is different from the Bengal market and so on.

The logic is that he should not be able to dominate the way I think. So, if he is dominating only one of two, the other leaves room for diversity, so there is no problem. The plurality and diversity remains. It’s not easy to ask anyone to dilute equity. There are only two to three markets in India where this problem will arise; that’s what our analysis showed.

On the vertical side, the spirit is to permit vertical integration to allow capital to flow in. However, once you are a vertically integrated company, there are some rules that apply. You will have to file reports with the regulator so that we are sure you are not abusing your power. We are only formalising what is informally happening today. On this, there has been no comment or objections. Then, there are other recommendations that are unexceptionable. Supposing news has been paid for, all we are saying is put a disclaimer in bold. What is the harm in that? Why object to a disclaimer?

But there could be stories which are paid for and readers remain unaware…
It is certainly true that such things may happen… Even editorials could be sold for a price. A newspaper has a fundamental right to express a view. No one can stop that. But what we are saying is that let the regulator be empowered to punish. The regulator has to have powers to investigate.

Some of the difficult issues were equity holdings and private treaties. With large companies coming to the television business, for instance, people are wondering whether they are watching independent news
or propaganda.

Corporate ownership in media should be restricted and this needs to be seriously considered by the government. People are ready to stipulate limits. But how do we decide what the limits should be? Many of those coming into the television business, for instance, are large companies earning high profits from their core businesses. The television industry is not, by the looks of it, very profitable right now, so the presumption is that you are coming in to create a more favourable environment for yourself as a corporate entity and for your core business.

Why didn’t you suggest a ban?
It is not possible and it will encourage benami holdings and other malpractices. Remember, there is a problem the other way too. If a large media group owns several other industries or operates in other sectors, how is one to tell whether what appears in its publications is unbiased and unmotivated? Does that mean media owners cannot operate in other sectors?
In the print media, self-censorship is endemic. A reporter files a story, the editor or owner of the publication gets a call from a friendly business house and the story doesn’t appear or is killed.

We all know this happens. The truth may be sacrificed at the altar of business.

A newspaper editor/owner’s actions could be the result of him exercising his own judgment or doing it at another’s behest.

Now, we have recommended that the reporter or the editor has the freedom to go to the regulator and register his complaint.

Most journalists would be out of work if they start doing this…
I don’t expect most journalists to do something like this but even if a few do, the practice will be curbed. An example would have been set. If the president, vice-president and the standing committee of Parliament are of the view (Chapter 5 of the report) that there is a problem, there must be a problem.

What are the views of broadcasters on the recommendations?
Broadcasters’ main concerns were to do with vertical integration. They know they will be subject to more scrutiny but they are willing to live with that as long as they are allowed to vertically integrate. The big broadcasters — Zee, Sony and Star — have mostly overseas investors. What they are not so happy about is that they cannot own other broadcasters.