‘I Act On Complaints And Suggestions From All’ 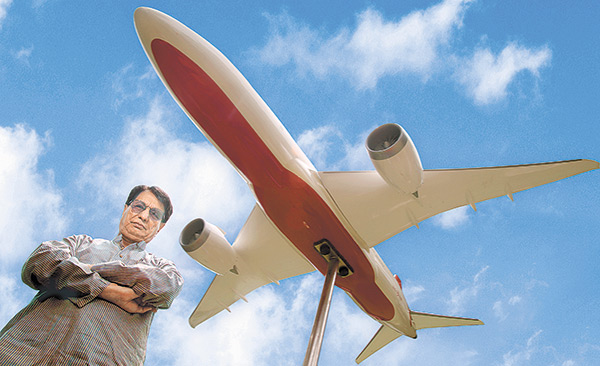 08 November, 2014
Print this article Font size -16+
Ever since the strike in Air India in May 2012 and the stiff action taken against its employees at the time, Union civil aviation minister Ajit Singh has been slowly but surely trying to curtail the privileges enjoyed — and often misused — by the airline’s top order. Senior management and pilots that tended in the past to ‘rule the roost’ have found their discretion and control reduced. While resentment has grown in certain sections as a result of these actions, they have also served to improve employee morale. After all, there’s no denying that the airline — despite the gloom and doom scenario prevailing in the country — has improved its performance in many small ways. Kingfisher’s exit may have helped in the airline’s positive performance, but discipline and a tight check on malpractices have played a part as well. Singh talked to BW on whether these improvements can be sustained. Edited excerpts:

How did you put a stop to upgrades, extra baggage and other common malpractices in Air India?
Air India is a government-owned company and there is a tendency to assume that the owner can do anything. After the Centre agreed to give Rs 30,000 crore to the airline, we made it very clear that Air India had to become competitive.

For instance, in the past, almost everyone got upgrades. Now, only MPs, their families and a few other categories of people are entitled. Upgrades are now down to 10 per cent. I’m not sure if this has helped the bottom line, but at least passenger disparity — paid and upgrades — in the business class has been greatly reduced.

We have also curtailed the amount of extra baggage a passenger can carry. Earlier, if you knew someone in Air India, you could carry as much baggage as you liked. Not  anymore. Even an MP has to pay for extra baggage. We also punish and penalise those who think they are important enough for the airline to delay its departure to accommodate them. This is not acceptable.

I am open to suggestions and complaints, and get letters/emails from passengers. Even employees have said they feel the airline has been going down because of misuse of several  facilities by many. I have been taking action in this regard.

How  did you learn that Air India’s call centre was being run by a rival airline?
We received complaints that when people would call the Air India call centre asking about a flight, they would immediately gets a call from a rival airline offering a similar flight at a slightly lower fare. How can something like this be allowed? If all the information regarding the carrier is available to a rival, you can imagine the kind of business it must have been losing. Luckily, a new tender was due and we were able to change the vendor.

I believe Air India’s scheme allowing companions for a paid passenger in business class to travel free was also being blatantly misused...
We received complaints from the vigilance officer about the scheme being misused by employees. We found that almost 50 per cent of the tickets issued from Delhi and Mumbai made  use of the scheme. The paid person would cancel his own ticket at the last moment, get his money back and the companion would travel free. We took action against errant employees.

In another instance, we found that while other airlines were making money on Gulf routes, we were losing money. This happened because the pilots and the crew were coming from Mumbai. They were then spending a night at a hotel either here (in Delhi) or in the Gulf country (since they couldn’t fly back the same day), which added to the cost. We found that in one year we paid Rs 41 crore towards hotel bills just in Delhi! Now, we have asked the crew to be based out of where the flight originates, but this has generated a lot of resistance.

Ministers have put pressure on us. We have also been asked to allow the Air India Express cabin crew from Delhi or Lucknow to continue living there. But this is not possible. Air India Express is based in Kochi and its employees must live there. If employees see that some of them are being ‘favoured’ over others, it will only create more resentment. If the airline is not doing well and everyone is suffering, they will still accept it.

We also found that pilots were deciding the roster among themselves. This could not go on. Now, we are using a computerised system to decide the roster. There have also been cases where some pilots have been trained for 1,000 hours while others have not logged even 100 hours even though they all joined at roughly the same time. This creates resentment.

But what about the growing resentment against you and the management?
Well, those who have been misusing things may resent the change, but the rest are happier. New pilots and others prefer a fairer system.

Has the airline’s performance improved in the past year? How do the numbers look?
Air India’s revenues have improved by about Rs 1,440 crore in 2012-13 compared to the previous year; passenger revenues accounted for a major chunk with an increase of Rs 1,172 crore. They are expected to be Ebidta (earnings before interest, taxes, depreciation and amortisation)-positive in 2012-13 by about Rs 19 crore (provisional), an improvement of over Rs 2,200 crore over 2011-12. The passenger load factor improved to about 72 per cent, against 68 per cent in 2011-12. Yields were up from Rs 3.75 per km to Rs 4.31. Revenue passengers carried increased to 14.05 million from 13.4 million. Freight revenues also improved by around Rs 127 crore. And all this was achieved despite the pilots’ strike in May 2012 lasting over two months.

How do you plan to bring down Air India’s alarming debt?
Aircraft  loans are being repaid over 48 instalments and till date we have repaid nearly 42 per cent  of all loans. With respect to working capital, Rs 10,500 crore was converted into long-term debt, which is repayable from October onwards in 48 equal quarterly instalments. Rs 7,400 crore was raised through NCDs (non convertible debentures) in 2012 and was used to repay the working capital loans advanced by banks.

What do you plan to do with the Dreamliners? And can they pull the airline out of its financial troubles?
Air  India has a fleet of seven Dreamliners at present, which will increase to 14 by year-end. This August, it started B787 operations to Birmingham from Delhi and Amritsar; operations to Melbourne and Sydney have also started. With the addition of more 787s, we hope to fly to Rome, Milan and Moscow. The plan is to replace Japan operations with the B787 from November. The 787 Dreamliner has a minimum saving of 15-20 per cent on fuel expenses compared to the 777.

Operations to Europe — Paris and Frankfurt — have started making cash margins on the Dreamliner.  With the cost per seat lower than the B777, the 787 is expected to substantially reduce losses.