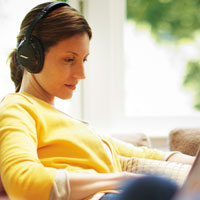 08 November, 2014
Print this article Font size -16+
You could argue Bose is a little late in the wireless headphone game with the AE2w, its first Bluetooth wireless headset. But as with most things Bose, one expects something special to be pulled out of the hat, be in terms of simplicity or ease of use. The question is — does the AE2w justifiably command the premium even over its wired AE2i brethren just for cutting the cord?

In a nutshell, the Bose AE2w is essentially a pair of their famous AE2 line of around-the-ear cans kitted out with a removable Bluetooth module plugged in near the bottom of the left ear cup, and it's this attachment that handles all the Bluetooth and control functions, including music playback, call answering, and volume control. Once you pair the headset with your Bluetooth device (up to 2 devices are supported simultaneously) and slip it on, you'll notice immediately just how light and comfortable the headphones are, and I've seen them through a full movie and a couple of phone calls without the usual fidgeting and adjusting one associates with extended use of a pair of 'phones. The headphone controls themselves are intuitive to use, and Bose has done a good job with the design of the control module and the button placement, which makes the "remote" features of the headphone easy to operate by feel. So, you can tell the volume buttons apart from the large call/answer/end button — and the latter can also be used to skip forward and back tracks when you're listening to music.

Put one of these on, and very quickly you get used to the comfort of not having to take the cans off to take a phone call say while watching a movie. Not to mention that the lack of a wire is rather liberating - no more worrying that getting up to open the door will lead to a missed dialogue or worse still, an iPad heading straight for the floor!

Does this freedom mean a dip in sound quality? Not noticeably enough, despite using Bluetooth to connect to the audio source, which often compresses the audio and leads to audio compromises. I found the mid- and high-frequency to be balanced and the low-end bass was clean and deep, if a little muddy at the lowest end. Nothing you'd really notice in everyday use. And since it uses the Bluetooth Advanced Audio Distribution Profile or A2DP protocol, any device that supports A2DP is supported by the AE2w, though the set are optimised for use with an iPad.

If you want to go old-school, or simply run out of battery, you also get a wire to plug the AE2w directly into your audio device. Battery lasts the better part of a day, well over 7 hours in my experience, but it's worth remembering to keep the Bluetooth module charged — this module delivers the benefits of active equalisation to the sound input, which makes a discernable difference, although I did find the bass is slightly better in the wired mode. Another matter that frequent travellers will want to consider is that while the ear-cups offer a good amount of sound deadening (isolation), they're not active noise cancellation headphones like the Bose QC series. So, you've really got to want the wireless option enough to warrant the extra cash over the wired AE2i set. All in all, a well-designed, easy-to-use headset.