Washington [US], November 11 (ANI): 'Harry Potter' star Rupert Grint debuted on Instagram on Tuesday (local time) and posted an adorable photo of his six-month-old daughter he shared with girlfriend Georgia Groome.
According to Fox News, the 32-year-old star Grint also revealed daughter's name: Wednesday G. Grint.
He captioned the selfie, "Hey Instagram ... only 10 years late, but here I am. Grint on the Gram! Here to introduce you all to Wednesday G. Grint. Stay safe, Rupert." 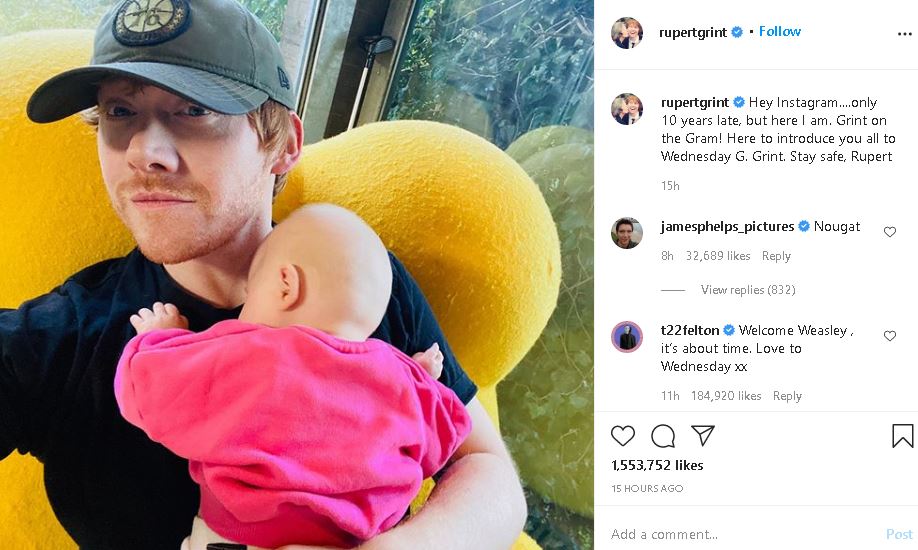 Fox News reported that Grint and Groome announced they were expecting their first child together in April and confirmed she had given birth in May. The couple has been together since 2011.
Groome, also an actor is best known for her role in 'Angus, Thongs and Perfect Snogging.'
As per Fox News, recently, Grint spoke out against 'Harry Potter' author J.K. Rowling's comments questioning the experiences of people in the trans community.
Grint said in a statement obtained by Fox News in June, "I firmly stand with the trans community and echo the sentiments expressed by many of my peers. Trans women are women. Trans men are men. We should all be entitled to live with love and without judgment."
He joined fellow 'Potter' stars Daniel Radcliffe and Emma Watson in supporting transgender individuals after Rowling's statements. (ANI)