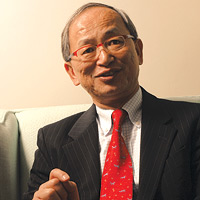 China is increasingly becoming a mover-and-shaker in the world gold market. While last year it surpassed the US and South Africa to become the largest gold producer, the first quarter of 2009 saw highest jewellery demand from China — even more than that of India. With low levels of ownership among Chinese — thanks to long period of price and import controls — a pent up demand is expected to reflect itself in the form of higher demand in the years to come. Average per capita offtake for gold jewellery in China is only 20 gm as against 45 gm for India. Over the years, 24-carat gold jewellery, which is sold in China by weight and with a very low margin, is being looked at as an investment option as well as adornment. In its latest report, World Gold Council predicted China as the next largest consumer of gold in the world. Against this backdrop, Muthukumar K. caught up with Albert Cheng, managing director of World Gold Council for the Far East region, to discuss the dynamics of the gold market.

Higher gold prices and deteriorating economic conditions has hit demand for gold jewellery globally. But not Hong Kong and China.
Yes. Jewellery offtake globally for the first quarter of 2009 was down 24 per cent in tonnage terms over the last year levels. The gold jewellery offtake was 340 tonnes worldwide — lowest quarterly figure since the early 1990s. In contrast, mainland China and Hong Kong saw a growth in demand of 3 per cent and 8 per cent respectively. The peak purchasing occasion of the Chinese New Year and other festive events stimulated spending on gold jewellery gifts. Particularly, 24-carat gold, which is usually bought during the Chinese New Year, and 18-carat gold on the eve of the Valentine's Day.

China's economy, though on a deceleration mode, nonetheless remains strong relative to other economies. The annual GDP growth rate was 6.1 per cent in the first quarter and retail sales were also firm. The stimulus package has also propelled growth, giving consumers the much needed liquidity. The 24-carat gold is increasingly shaping up as a savings vehicle for Chinese consumers and it has shown the most resilience over the recent quarters.

Are you saying then that the recent surge in Chinese demand was seasonal?
Yes. That's because after strong sales in the first two months of the first quarter, demand has fallen in March, indicating that festive purchases was a major demand driver. But there is also an increased awareness among Chinese consumers that gold jewellery can also play a role as a ‘store of value'. This has resulted in the discretionary spending on 24-carat gold jewellery.

Where are the gold prices headed?
While we are not allowed to comment on gold prices, I would give you a sense of the supply and demand dynamics. Supply situation is not expected to improve anytime soon with older mines seeing fall in their production levels. Though mine production worldwide for the first quarter improved 3 per cent to 560 tonnes, it was not aided by the Big Four — China, US, South Africa and Australia — but by Indonesia and new projects in Russia, Canada, Finland and other countries in the African continent that came on-stream with existence of higher gold prices. Supply situation in the first quarter was up 34 per cent to 1,144 tonnes over the previous year — spurred by record sale in scrap globally. Scrap sale made its way into the market as higher gold prices gave an opportunity to encash in these difficult economic times.

On the other hand, demand is expected to improve from countries such as America, Europe and Asia, while Gold ETFs pick up as an investment option. Over the longer term, when inflation could be a threat — thanks to various government stimulus packages — we see demand for gold picking up as a hedge against inflation.

Is China the new mover and shaker of gold market?
In 2008, China became the largest producer of gold in the world. In 2008, China produced 292 tonnes of gold, US produced 235 tonnes and South Africa 233 tonnes. In the past 10 years, China has almost tripled its production. South Africa in its heydays produced 600 tonnes of gold annually, but then production costs went up and its mines got less efficient and produced lesser. And so was the case with the US and Australia.

Both India and China would remain important countries for the gold market for years to come. These two markets will consume 30-40 per cent of gold produced globally. India has a deep culture of gold and it would be difficult to change that. The poor sales in India for the first quarter is a result of higher prices of existing gold. Indian consumer would come back to buying — when prices stabilises and when they know these prices are here to stay. Demand from China would also continue to remain strong — if the Chinese economy keeps going at healthy rates. Job security and economic growth trends will continue to play an increased role in gold jewellery spends in China, India and other countries as well.

What are current cash costs of gold mining?
Global average cash cost of gold production is $600 per ounce — which is 37 per cent lower than current gold price of $950 per ounce. But there are mines in China that produce even at $200-300 per ounce.

Chinese government is buying 400 tonnes of gold since 2003.
China currently holds 1,000 tonnes of gold reserves and it is buying gold as a way to diversify its reserves away from dollar-denominated portfolio. Chinese way of gold buying — slowly and in tranches without disturbing the gold market — has become a model for other central banks to follow.