Mumbai (Maharashtra) [India], November 8 (ANI): Several Bollywood actors on Sunday congratulated the US President-elect Joe Biden and Vice-President-elect Kamala Harris for their victory on social media.
Applauding everyone who voted in the US elections, Priyanka Chopra penned a note congratulating Biden and Harris. She noted, "America spoke in record-breaking numbers and the verdict is in... EVERY VOTE counts. I applaud everyone who voted in what was such a powerful display of how a democracy should function. It was amazing to witness this election in the US."
"Congrats to the President-Elect @joebiden and Vice President-elect @kamalaharris, the first woman VP! Dream Big girls! Anything can happen!! #DemocracyRocks," she added. 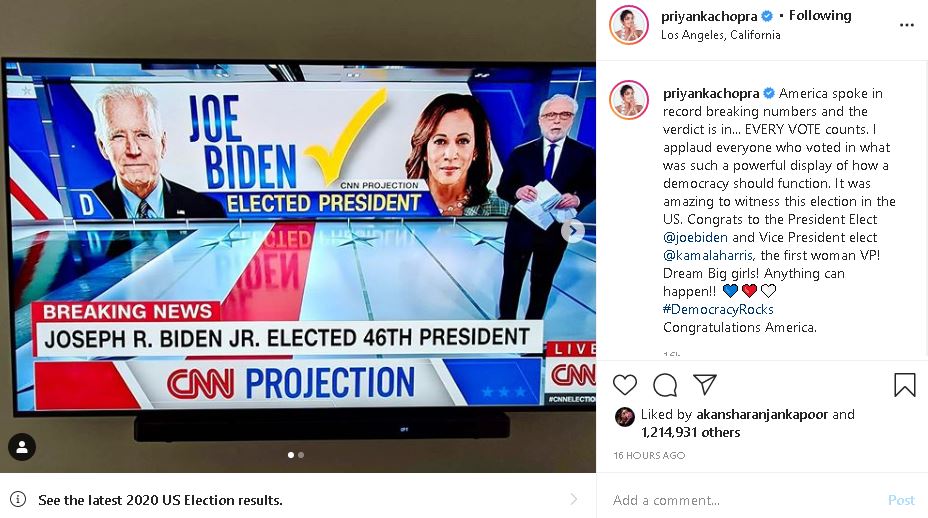 Kareena Kapoor Khan took to her Instagram Story and shared an article by E!News that featured Kamala Harris and a quote by her. The actor added 5 clapping emojis to celebrate the win. 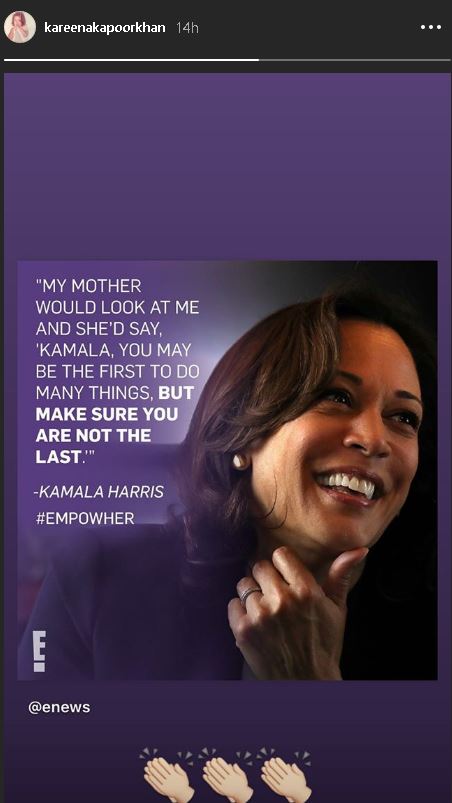 "You represent a new world order, you represent hope, you represent every woman. Congratulations @KamalaHarrisand #UnitedStates! All the best. We count on you to bring peace, climate action and [email protected]," wrote Dia Mirza as she tweeted a picture capturing Harris, while she is all smiles. 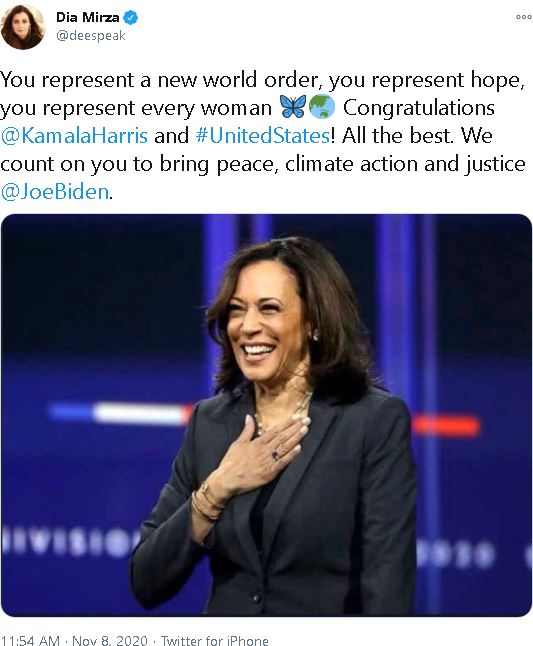 Parineeti Chopra shared a portrait on her Instagram Story and congratulated the duo on their win in the elections. 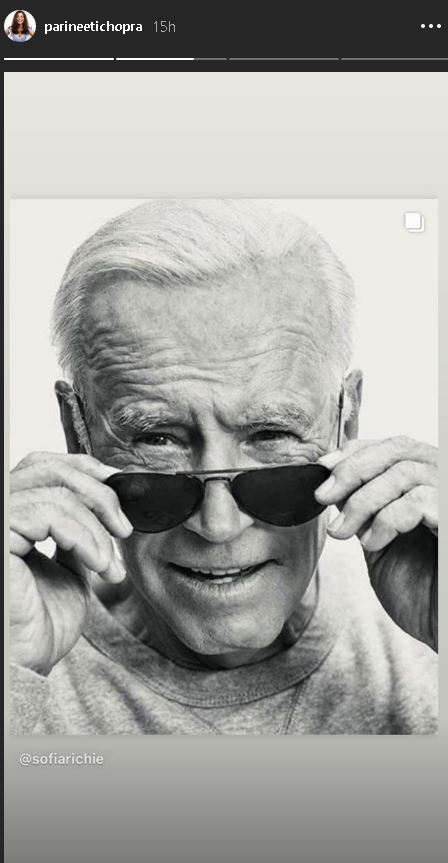 Swara Bhasker too shared a picture of Kamala Harris and Joe Biden as they stood together on the stage. 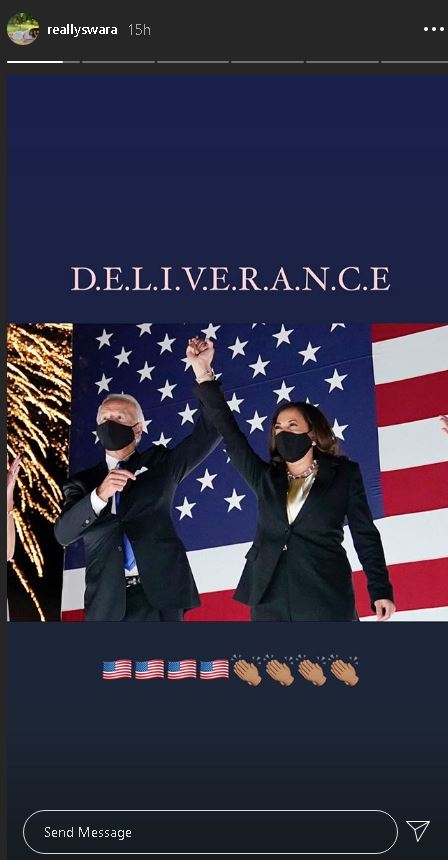 Biden on Saturday (local time) became the President-elect of the United States after victory in the battleground state of Pennsylvania which took him past the electoral college threshold of 270 votes.
The Democratic presidential candidate defeated President Donald Trump in a closely contested election and will be the 46th president of the United States.
Harris became the first woman vice president. (ANI)