‘Goafest Not A One-night Event’ 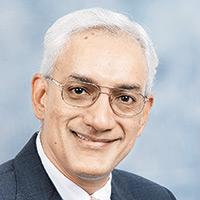 08 November, 2014
Print this article Font size -16+
The sun, sand and sea beckon all ad folks to the ninth edition of Goafest, an annual ad jamboree. Yet, participation in this year’s Abby awards is down. BW’s Chitra Narayanan catches up with Srinivasan Swamy, CMD, RK Swamy BBDO, and the event’s organiser

What is the participation like for Goafest 2014? How does it compare to last year?
We have received over 2,700 entries (for the awards), about 25 per cent down from last year. I attribute this not only to some agencies not taking part, but also to the fact that not much work was evident last year for entering into awards shows. I also want to highlight that Goafest is more than the awards event. Goafest is about knowledge seminars, conclaves, leadership summit, entertainment, networking, learning from work exhibits of what wins, learning from what is being demonstrated at the kiosks, after-dinner parties, lunches, dinners, beach and adventure sports. Many people have little interest in the awards night. Every one going to Cannes is not going to win something. If that had been the case, why do so many media people and advertisers go there? Having said that, awards are an integral part of Goafest.

Will you be able to put the controversies surrounding the awards and recalls in the previous edition behind you?
Absolutely. We have a robust system in place which will be strictly implemented. The initial shortlisting by the jury will be followed by uploading the shortlisted work on the website. And then the jury will finally vote and determine who wins.

Some new categories have been added this year. Any particular reason?
There has been a long-standing demand to include brand activation and promotion and PR since every other media available for marketing communication was awarded. Further, broadcasters were developing some good promotions for their shows which also needed to be celebrated. And we cannot leave publishers behind. They also use innovative methods to increase their relevance with the audience.

Kyoorius Ad Awards is also happening around the same time. Do you think that has stolen Goafest’s thunder?
Goafest is an industry initiative and, therefore, I expect many more to take part in our festival. Kyoorius is a private initiative. Let agencies enter both; we have no issue. I do believe Goafest has a larger appeal. It is not a one-night awards event. People do like to travel with friends and be entertained; to listen to good lectures; attend sessions where they can learn, etc.

What will be Goafest’s showstopper moment?
We have made efforts to bring in surprise elements in virtually every aspect of the event. Our awards night will be a lot more interesting. Our speakers will engage with the audience. Food is going to be better. I can go on, but I would prefer that delegates come and experience it.

Is there a case for moving the event out of Goa and making it a roving event like AdAsia?
Goafest derives its name from Goa. AdFest happens in Pattaya every year. Cannes festival can’t happen in Paris. Spikes is anchored in Singapore. The answer to your question is no. I think Goafest has been built as a nice property over nine years. And, it will grow in stature as we move forward.