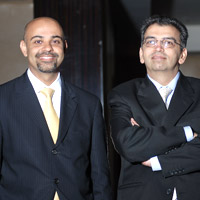 08 November, 2014
Print this article Font size -16+
When Capital moves between group companies that operate in different countries, is there a taxability? Yes, says the income tax departments across the world. The rationale being that this intra-group funding is perhaps the lowest rate at which the companies obtain funds. For example let's say, if an Indian company lends to its group company based out of Europe, it will be at a rate significantly lower than at which the European could have otherwise raised money independently. Now, do the Indian tax authorities have the right to challenge the transaction saying that the Indian company was reducing its tax burden by showing lower profits in India by transferring money to another company of the same group based out of a country which had a lower rate of taxation? That's what transfer pricing seeks to address. It says that wherever a transaction is between related parties, like a group company, it shall be conducted at an 'arm's length price', that is, the price at which similar transactions would have been conducted between two completely unrelated parties. And in an era of liquidity crunches across the globe, transfer pricing in financial services becomes a huge bone of contention, because as far as the multi-national corporates are concerned, conducting a transaction at arm's length defeats the purpose of being a part of a large group that can leverage its base. BW's Abraham C. Mathews caught up with the Global co-leader of Financial Services Transfer Pricing for PwC, Aamer Rafiq and India FSTP leader Dhaivat Anjaria, in Mumbai recently, and posed questions on the biggest challenges they are facing in the area. Excerpts:

Transfer Pricing in Financial Services is still picking up in India. What are the key challenges you are facing today?
Aamer Rafiq: The key thing that people are trying to achieve at this moment are putting in place systems that are practical and easy to administer and maintain, and the other key thing that they are really focused on is global consistency. This is purely driven by the fact that you have to do documentation on a global basis for different countries that have different requirements.

The banking and financial services industry from a guidance and from a technical perspective is a very complex industry. While the guidance that has been produced in the last 10 years for some areas is vast, in some areas the guidance is pretty vague or not just there at all. And to think how different the financial service industry is from a banking, insurance or asset management industry perspective — very diverse and very complex.

The question therefore is: how do you bring the taxing authorities up to speed with the complexity and the different technical issues that you’re trying to grapple with, and how do you actually implement something that is simple, practical and easy for most taxing authorities to understand. That's where financial institutions are grappling with trying to find a balance between the two, and to do that on a global basis. That is also the challenge from the Indian perspective, because clearly the knowledge of TP is at its earlier stages and the knowledge of financial services is yet evolving. And that’s where I think the introduction of APA (advance pricing agreement) is a very helpful example, because what it allows you to do, is to go to the Indian taxing authorities in an open manner, and explain the issues, and then on a unilateral, bilateral or multilateral basis figure out a method that could work on a consistent basis within the organisation in India.

The proposed norms on APA, whereby companies can sit across the table with the tax officials and try to come to an agreement on the Transfer Price for select transactions before filing the returns, seem to have been met with all-round cheer. How much of a game-changer is it expected to be?
AR: APA has been generally greeted globally in good faith and with open arms by the taxing authorities because it always allows you to figure out and go to the taxing authorities in an open manner. We haven’t seen much of one of the biggest challenges in FSTP in India yet, that of pricing movement of capital, specially capital that is aimed at breaching liquidity shortfalls?

Dhaivat Anjaria: Globally, liquidity is scarcer today and much more expensive, hence it is an increased cost for businesses one way or the other. When you have increased costs and also pressure on margins and profitability, charges for managing liquidity are likely to get challenged. This is linked to the larger TP angle that on the one hand you have multinational enterprises such as banks, where an integrated level of activity is not uncommon, and where they benefit from being a part of a network. On the other, there is the need to be dealing at arm's length all through. Access to the liquidity pool when needed is the advantage of being a part of the network, yet it may be difficult to tangibly demonstrate its use each time to justify the broader liquidity management costs allocated. That is the balancing that TP documentation and policies seek to bridge.

What would be the biggest request you would have from the Indian tax authorities regards TP implementation?
DA: Well, try and align thinking as much as possible with the commercial and business reality. Consequently, businesses will be more at ease sharing documentation, and the tax authorities will get the support they need. Appreciation of the business and economic dynamics in transfer pricing, beyond a set of rules will go a long way in successful implementation of transfer pricing in India.

What can we expect going ahead? More TP litigation, or less?
AR: Much more, globally. A lot of tax authorities are looking at base erosion, and they see TP as a mechanism by which they can achieve that objective which includes preventing tax evasion and the more the global economy is under stress, the more this is likely to happen, as the pie is under greater stress. Having said that, this further emphasises the relevance of dispute resolution and mitigation strategies such as APA in the times to come.