'Do Not Hold Back From Going Digital' 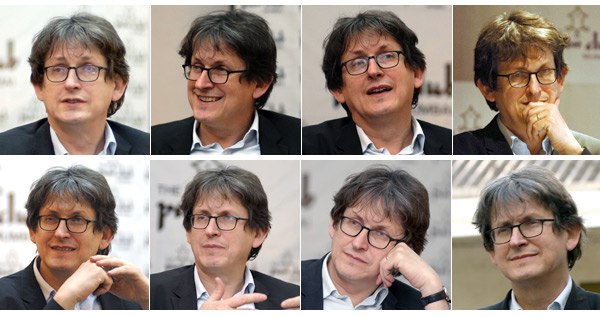 08 November, 2014
Print this article Font size -16+
Newspapers and magazines -- often referred to as the print media-- are witnessing a steady growth in their readership and circulation in India, even as they continue the downhill in the developed markets like the US and Europe. These entities in the west is gradually undergoing a fundamental change and are embracing the digital age in the next decade. Alan Rusbridger, editor-in-chief of the historically well known British newspaper, The Guardian, in an exclusive interaction with BW | Businessworld's Sachin Dave and Prasad Sangameshwaran shares why online revolution is here to stay and how global players are already benefiting from of it.

In the digital age when news is available online for free of cost, and even the biggest and most crucial news are broken over social networking platforms such as Twitter or read over Flipboard, do you think the age of newspapers and print journalism is over?
I think Flipboard is a simple yet interesting medium (an online news application available on Android and iOS platforms) because it is such a piece of ready formatting, very elegant and works really well for the online news without having to build a separate platform for yourself. Print is indeed declining but you have people who say that it will be of a better value if you have a presence in print, but that is not true. As the economics of print are not working out and it may take 10 years, 20 years or 30 years, but digital will overtake at some point. What is important is that we should not hold back from going digital because we are worried about damaging print, then you really do not have a shot at the future.

Journalism is changing and now every organisation is essentially a media organisation that can transmit their views over the social media.  Earlier, journalists would write stories and that was about it. Now there is something that I call Open Journalism that encourages participation from readers. The trick is to provide a platform to the experts to speak about their situation. Journalists need to dump the theory of self importance because there are many far more credible people out there who don’t wish to speak or in some cases are not able to speak but these people are far stronger in terms of content.

There are around 34 million viewers for The Guardian online. How was the process of change and are there any lessons for growing markets like India?
One of the early lessons was to realise that this was a different medium and not to just put everything that was already there in the print medium (online). In fact, we started doing verticals long before anybody knew what they were, so I think that was one of the things that we got right to spot. We were lucky to have seen two years ahead much before anyone else could regarding the scope of online journalism.

At The Guardian, is there a separate way around writing news stories for the web as opposed to the ones for the print?
It would be a mistake to think that digital is all about running a long draft. Reading long stories on these devices (pointing at a smartphone) is not great either, and sometimes the reader can get a bit lazy. That is when you need your product people who would say nobody is reading beyond the first 500 words. Also, people who have come from print background are bad at thinking like maybe we do not need to write a story at all, maybe we can tell it through an interactive form or a graphic because sometimes that would be more efficient.