‘Customers, Not Rivals, Drive Our Roadmap’ 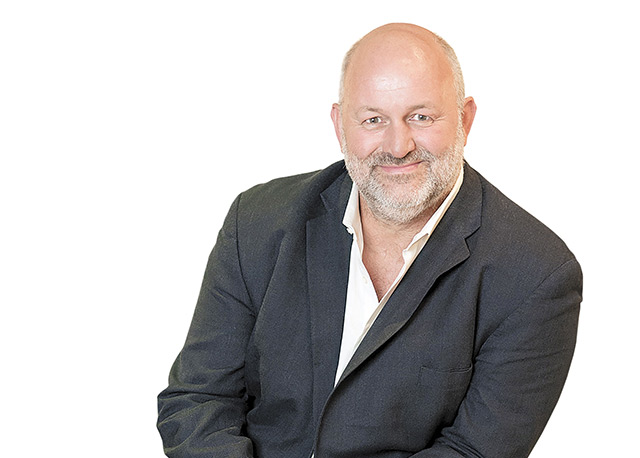 14 January, 2015
Print this article Font size -16+
While the world knows Amazon as an online retail giant, a lesser known aspect of its business is of great interest to small and large enterprises. Amazon Web Services (AWS) has, since its inception, defined the brave new world of cloud computing. While Amazon does not count revenues from AWS separately, independent estimates put the figure at $4 billion, making AWS the largest player in the infrastructure as a service (IaaS) space. In an interview with BW | Businessworld, the architect of AWS, vice-president and chief technology officer, Werner Vogels, talks about the challenges in cloud computing and competition from Microsoft and Google. Excerpts from the interview:
A lot of entrepreneurial activity is happening in India, with a large number of startups emerging. Is there an outreach programme for India on the lines of the pop-up loft in the US (which showcases AWS offerings and handholds startups)?
No, we don’t do that here. The loft started off as an experiment because we did not know how much handholding startups wanted; and it was a huge success. That’s why we brought back the loft (in the US) for a longer period. Let’s see where we can take these things. We have a programme called AWS Activate targeted at startups. We focus on what we can do for them: architectural help, credit or just getting them off the ground.
Amazon and AWS are run as independent outfits. Yet when you go out into the marketplace is there an apprehension from clients because your parent company is their competitor?
I, at least, haven’t heard about it. Most e-commerce operations realise that a flexible resource model such as the one AWS offers is probably the best they can get in terms of building an efficient e-commerce operation, because margins in this business are razor thin. Let’s consider younger businesses such as Snapdeal and FreeCharge. For FreeCharge to build an efficient back end, the cloud is the place to be. The same applies to Snapdeal. I haven’t heard Snapdeal saying they are concerned about competition with Amazon. In the US, Amazon.com is probably Netflix’s biggest competitor. Netflix might wish it wasn’t a level playing field. But if we do not make it a level playing field, that would be the end of our business. Plus, if customers start thinking that we will violate our privacy agreements that will be the end of our platform as well. Our commitment to the privacy of our customers is well known. Trust is extremely important.
Have prices reduced over a period of time? Are the margins comparable with those of traditional vendors?
This is a low-margin, high-volume business. We are quite comfortable operating in such an environment because our experience in retail operations where margins are thin tells us that controlling the cost of infrastructure is essential, otherwise it can eat into the company’s bottom line. We know how to operate on that scale.
Then we build these flywheels. On the one hand, we see increased usage, which means the buyer buys more hardware and we get better economies of scale. Add to that the efficiencies and innovations we are doing at our data centres and this allows us to get a complete lower price structure. We have decided to keep our margins low and hand the winnings back to our customers in the form of price reductions. These flywheels have allowed us to reduce prices 47 times since 2006. We intend to continue going down the same path.

In terms of the volume handled by the company, where does it stand?
We have hundreds of thousands of businesses across 190 countries. In India we launched two platform pops last year. At that time 8,000 businesses were making use of them, today the number is 12,000. We are growing by over 50 per cent in India.
Some of your competitors such as Microsoft and IBM say they are chary of moving most of their stuff to the public cloud and would prefer either a private cloud or a hybrid. How do you respond?
Customers are smart; they will move things to the cloud for which their return on investment makes sense. A large number of enterprises are going all in (on the cloud), though. Apeejay Group has gone all in: they have got everything, including well-known financial services software Tally as well their financial systems, running on the cloud. Mahindra runs its complete dealer management system for two-wheelers on the cloud. Ramco runs its ERP systems and Bajaj Alliance its core business operations on the cloud. The New York Times, Pfizer, BP, Shell, Unilever and Conde Nast — all of them are on the cloud. Suncorp, the number four bank in Australia, decided to move all its systems to the cloud.
The other thing your competitors talk about is the fact that enterprises can move loads into your ecosystem fairly easily but getting out is very difficult, if not impossible. Is it a fair assessment?
No. We are trying to ensure that our services are accessible from standard mechanisms like HTTP and XML. We make sure there is no lock-in through particular libraries or deep integration into our systems. With the right architectural guidance, you can move things out. Our data warehouse is traditional and can connect to standard services including configuring data warehousing on the cloud for customers. I have not heard many customers saying that it is hard for them to move out (of the cloud) — it is only as hard as it is to move things out of your own data centre into the cloud. We give you enough tools to create this hybrid environment of virtual private clouds.
Microsoft is deeply embedded in enterprises. Google has got the backing of the consumer end of the business. IBM too has many arms. In that sense, how do you position AWS?
We do not position ourselves with respect to our competitors. Rather, we position ourselves with respect to our customers. Customers know who got them into trouble in the past. They know from where their massive bills came and how. When we started delivering services, we were not thinking about the kind of technology delivery we were going to do; we were going to change the business model radically to one where the customer would be in charge and not an information technology (IT) vendor. It is important to make this shift. Customers should be able to walk away any time they want to.
IBM says it has invested a hundred million dollars in value-added services and it is making them available to the people. You also sell such services. How do you compete with somebody who is investing such a huge amount? Are you in any sense handicapped?
All the services that you see coming out of the company are the result of investments worth billions of dollars in the retail business over several years. Retail business is actually a technology business. To be able to operate on our scale, with the level of security that we offer our customers — that’s something unique to Amazon and it is a direct result of past investments. Customers are benefiting from these investments. On the other hand, this has not been a take-home market, so a number of successful players may exist without there being any need to spread miffs about others just to improve one’s own business proposition. We are really focused on our customers. We are rapidly changing the way that IT is being consumed in businesses; we help CIOs go from being cost cutters to innovators.

How are you addressing the issue of low revenues from India?
India has been and still is a very important market for us. Quite a few of our customers in India, say Hungama and Rediff, have been early adopters of our service. The pattern that I see in India is similar to the one I see in South-east Asia and South America. In the US and Europe, cloud is an established IT concept. What I am seeing in India, South-east Asia and South America is an accelerated adoption, at the enterprise level, of cloud services.
How do you view the entire competitive landscape?
We always knew this was not going to be a take-home market. But it’s too good a business not to be in. In terms of market size or segment size, I don’t know enough, but Gartner estimates that AWS has five times the capacity of all cloud players put together. That’s an independent assessment of where things stand. At Amazon and AWS we aim to be the most customer-centric company. You won’t hear us talk about competitors or make false claims about them. Among the things that sets us apart is the breadth and depth of our services. We now have more than 40 services, not just computer storage. We are focused on driving costs down. On the one hand, we do price reductions; on the other, we help customers lower their bills with AWS. You won’t hear any of our customers saying that any of our competitors has a similar strategy. We are also focused on innovation. Our customers drive our roadmap, not our competitors.
Where do you see the cloud going from here?
Let’s start off with the mobile space because that affects everyone. You might still load apps on your devices but, in essence, the data that you operate on — the core functionality — is no longer running on devices; it is running on the cloud. These devices are a window to data and services that you own and live in the cloud. We are moving towards a world where the cloud will contain all services and data, and where all your devices will be able to connect to it. This is a reality, especially in the context of Amazon. For example, I could be lying on my couch, reading my Kindle. Just then, I realise I need to go to the shop. So I put my Kindle away, step into the car and turn on the radio — it will continue to read the book from where I left off. I reach the store, shop, stand in line at the checkout, pull my phone out and continue to read from where the radio stopped. This has become a reality.
What kind of work is being done out of your India operations?
We have five offices in India — in Delhi, Mumbai, Hyderabad, Chennai and Bangalore. All the offices have architects, account managers and support personnel. We continue to build our team here, although Amazon doesn’t disclose country-specific numbers. Amazon.com has three development centres in India. Whether it’s in digital, whether it’s in retail, whether it’s in operations, whether it’s in AWS, it is ‘across the board’. These development centres have been running for years with one agenda: to get access to the best talent.
(This story was published in BW | Businessworld Issue Dated 26-01-2015)
Tags assigned to this article:
magazine ibm amazon venkatesha babu magazine 26 january 2015 werner vogels