‘Competition Is Good For All’ 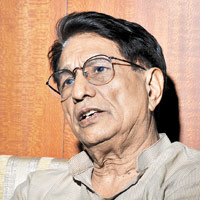 Wouldn’t Jet’s demand for hiking seat entitlements to and from Abu Dhabi put it in direct competition with Emirates?
The question is not of Emirates or anyone else. We have a foreign direct investment policy and the policy allows any new foreign player to buy up to 49 per cent on local carriers. Now, Jet has plans to fly to Abu Dhabi directly from many small cities here and further on to the rest of the world — substantially on its own aircraft and network — so it will increase international connectivity for our passengers. These smaller cities and passengers are also demanding direct connections. There is no reason why this should not happen.

Since Air India itself has projected a 9 per cent yearly increase in traffic to this region, how will we provide increased connectivity unless we tie up with foreign carriers such as Emirates, Singapore Airlines and Etihad? Also, in this case, Jet’s footprint will be all over the world. At least one Indian airline will be going to cities where none went earlier. How can we refuse this? Also, the Airports Authority of India is revamping many of the airports but nobody is flying out of the country from there (in some cases they are connected to the Metros by low-cost airlines). It is strongly supporting that. We have to open up domestic aviation more and more.

Why do some of the domestic airlines who are not flying to Abu Dhabi as of now oppose this?
The present agreement has 13,300 seats per week; almost all of which are being utilised now. But this sector sees intense competition and very thin margins. Nobody would like to have another serious competitor. But we have to look at it from the passenger’s and the country’s points of view. The more the competition, the more the efficiency and the better the connectivity. It is better for everyone.

But why then are the Delhi and Mumbai airports objecting?
The airports are not keen that passengers fly abroad directly from smaller cities as they would like them to come to Delhi or Mumbai first. But this is not convenient for passengers. We have to look at it from a macroeconomic point of view.

Delhi airport handles close to 35 million passengers a year; so, it is already developing into a hub. To become a full-fledged hub, it has to have many feeder airlines coming in. With the projected growth in international traffic and with the increase in seats for Etihad (since the increase is bilateral), more flights will come into both these airports.

So, I don’t think anyone needs to worry. The more we open up the sector, the more the airports will benefit. Yes, the costs at the Delhi and Mumbai airports are high, but you will see them coming down.