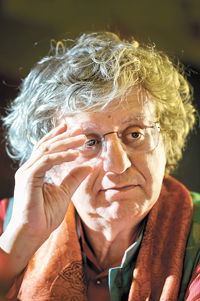 What do you think of India's PPP (public-private partnership) programme?
When the Planning Commission five years ago proposed financing close to 30 per cent of its needs through PPP, I was not sure it would happen. But the target has been exceeded. In fact, India today runs the largest PPP programme in the world. But PPPs are not an easy thing to manage. You can always expect that PPPs will be renegotiated. It happened with the Noida bridge here but this happens all over the world.

It works well in roads, power and water. The World Bank has a PPP project in Karnataka with 24x7 water in four cities where it is clear that people are happy to pay for good quality water.

PPP is now coming under criticism because it is felt that bidders bid unrealistically to win contracts and then hope to get conditions changed to suit themselves post bidding….
This happens everywhere — in Australia, Brazil, China, Mexico. In Mexico the roads were privatised through PPP, then went back to the public sector because it is very hard to predict and forecasting is difficult. Worldwide, almost 70 per cent of the contracts are renegotiated. If you have a PPP, you should expect it to be renegotiated. Where India could improve is making the terms of the PPP far more transparent.

Which is the biggest area of worry for India?
Power. India is behind expectations as far as progress on power goes — 40 per cent of Indian villages still remain without electricity. India has put nuclear as one of its possible power generation resources but there is resistance to this. Countries like France meet 80 per cent of their power needs through nuclear power — it can be safe, cheap and environment friendly. In the short term, however, India will be dependent on thermal power produced with coal. Solar may happen some day but just now it is a small proportion and is expensive. Hydel has seen resistance both due to environmental reasons and due to relocation issues. But again it will not be the major source of power generation in India. Another problem is that people want the power but do not want to pay for it even if thay can afford it.

A second issue is roads. India has made considerable progress over the past ten years but the challenge remains daunting.